The ultra-competitive Floyd Mayweather Jr. seems to be salty about Golden Boy Promotions and Canelo Alvarez’s new mega millions deal with DAZN which is reportedly worth $365 million over 11 fights. What it must feel like to be so rich and competitive that you can’t be happy for another guy’s success? That’s pretty sad actually. But … Read more 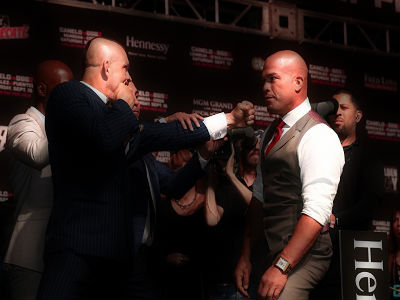 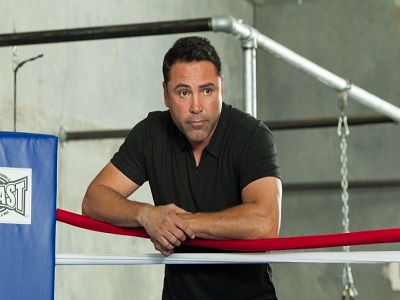 Canelo Alvarez and Gennady Golovkin squared off on Saturday in an attempt to clear up who the better fighter is after drawing on September 16, 2017.  This fight was even closer than their first despite each man being more aggressive. Alvarez controversially got the majority decision win and we got a call for a rematch … Read more

Chuck Liddell and Tito Ortiz face off against each other for a third and probably final time in November under the Golden Boy banner unless this bout lands more than a million PPV buys and money starts flowing. The press conference was a pretty standard affair with Chuck being his normal confident self and Tito acting as cocky as he could – despite losing their first two. Oscar De La Hoya seems genuinely excited about bringing this fight to life and truly believes in it. We don’t blame him because these two could probably fight at 80 and alot of people would watch them go at it. Check out the full press conference and let us know in the comments if you will be watching this.

Boxing great turned MMA promoter Oscar De La Hoya has been vocal and confident about his ability to challenge and even surpass the UFC. One of the topics he often brings up are the pay days for MMA fighters and the fighters are listening closely. Boxers can net millions for under card fights and they aren’t necessarily limited to dismal sponsorship packages…Reebok…we’re talking to you. So if he can do the same for MMA programming and events we are all for it. De La Hoya says it makes him sick that they are paid so little. Check out what he said on Fight Hub TV… 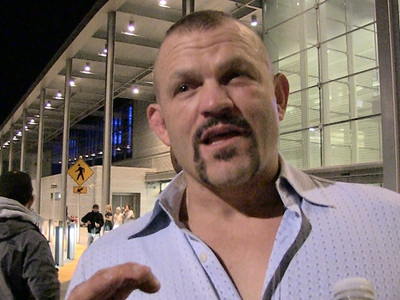 Oscar De La Hoya told TMZ Sports recently that he believes he may have the elusive third bout between Tito Ortiz and Chuck Liddell closer to being signed than ever before. Here’s what he told them about the potential bout taking place in his MMA promotion via MMAFighting… We’re finalizing contracts, getting everything rolling. I’m … Read more

Oscar De La Hoya called out Conor McGregor for a boxing match and it has picked up some steam in the interest department. MMA fans rolled their eyes along with boxing purists at the idea but that didn’t stop Chael Sonnen from discussing it on his Bad Guy Inc. Youtube channel. He said it could cause a “firestorm” whatever that means. Check it out: 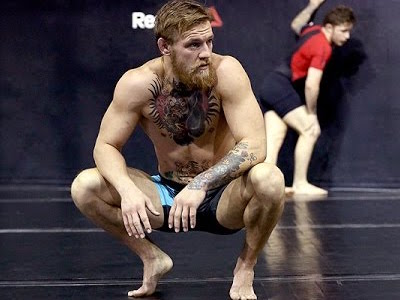 44-year-old superstar and former boxing champion Oscar De La Hoya once criticized Floyd Mayweather Jr. heavily for accepting a boxing match with UFC champion Conor McGregor.  He called it a freak show of an event and publicly went on a crusade to dissuade fans from watching it. Until the checks came in…So then he calls … Read more 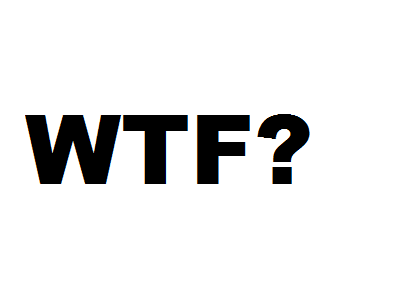 Judge Adalaide Byrd delivered a scorecard for Canelo Alvarez vs. Gennady Golovkin that was so absurd it got her in serious trouble. Boxing has long been accused of corruption and Saturday’s draw result for the fight only fueled the fire. However, the absolute pinnacle of WTF was Byrd’s scoring of the fight of 118-110 for … Read more 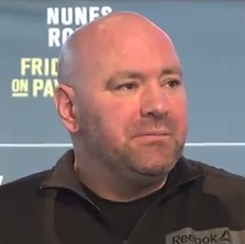 Golden Boy boxing promoter Oscar De La Hoya recently penned a scathing open letter criticizing the Floyd Mayweather vs. Conor McGregor matchup saying it’s a “lose-lose” situation for the fans and it could irreparably hurt the sport of boxing. “Only we can shut the circus down by making it clear that we won’t pay to see a … Read more