Tyron Woodley may have lost the welterweight championship at UFC 235 but his mom won the day. She ran in to new champ Kamaru Usman and reminded us of the caring human beings are capable of. With a hug and some kind words she made Kamaru’s night and our day. Check out this amazing moment.

Cody Garbrandt was knocked out for the third time in as many fights at UFC 235. He looked like he was on the verge of winning a few times but his opponent Pedro Munhoz was having NONE of it. Cody lasted 4:52 seconds before getting put out. Watch his corner lose their minds and pay attention to Bruce Buffer who is close by. 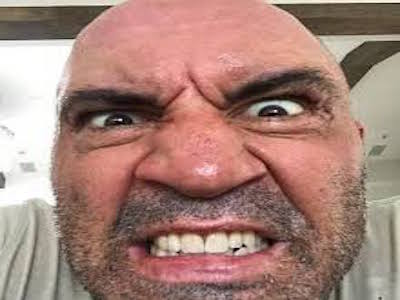 We’ll save you time here. The setup for the topic being discussed by Joe Rogan and Brendan Schaub is simple. During Ben Askren’s UFC debut fight with Robbie Lawler there were two crazy moments. The first was when Lawler dumped Ben brutally on his head and beating him senseless. The bout could have been stopped … Read more

The UFC released a sneak peek of UFC 235’s ‘Thrill and Agony’ video. In this you can hear the tense exchange between Robbie Lawler and ref Herb Dean after his fight was stopped prematurely. Also, take note of Rogan’s always entertaining reactions to the action inside the cage. Enjoy!

Former UFC interim welterweight champion Colby Covington had a very rough weekend. It was the weekend of UFC 235 and in that short span of three days he got banned from a casino for fighting with Ali Abdelaziz, had a run-in with Dana White while the UFC head was gambling, and now we are finding … Read more

UFC 235 was a solid card with more than a few surprises. Kamaru Usman soundly beat Tyron Woodley to become the new welterweight champion and veteran Diego Sanchez schooled young buck Mickey Gall. The Fight Motion video highlights all of the action in sweet slow motion including those skillfully placed kicks from light heavyweight champion Jon Jones and that NASTY looking slam from Lawler to Askren. Check it out.

By most accounts the belief out there in the crazy world of MMA social media is that Ben Askren was gifted a win over Robbie Lawler at UFC 235. Askren made his hyped debut on Saturday night and if you believed his fans the outcome was going to be Lawler left in a pile of … Read more

It’s amazing how things can change in a year. Rising star Mickey Gall was shown that not all veterans are gatekeepers. On Saturday he was properly spanked and put in time out by Diego Sanchez who looked more like the old ‘Nightmare’ version of himself than the ‘Dream’. Sanchez won via TKO in the second … Read more

Ben Askren and Robbie Lawler inadvertently made a mess of their fight Saturday night at UFC 235. Ben was pretty much out after getting slammed on his head and the fight could have been stopped there and honestly maybe should have been. A short time later Askren has Robbie in a choke and the ref steps in when it was clear Robbie was okay. It was a mess. Watch these highlights and let us know what you think of the fight in the comments.

Conor McGregor pal and fellow MMA fighter Dillon Danis must have been hanging out with Colby Covington recently because his troll skills have reached over 9000. After debuting Ben Askren was almost knocked out by Robbie Lawler at UFC 235 and eventually winning by controversial stoppage the haters came out including Dillon. Danis is either smoking the good stuff or he’s delusional. Check out his taunt to Askren on Twitter…