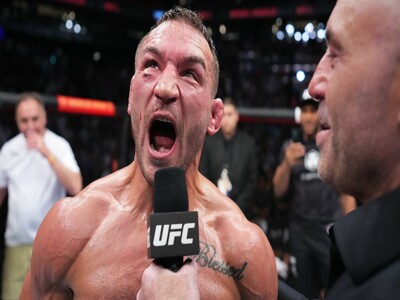 It looks like one of the hottest new rivalries in the lightweight division will have a bout to settle the score. Dustin Poirier and Michael Chandler exchanged some heated words at UFC 276 reportedly filled with profanity. Given the family man images they both portray publicly it was indeed surprising and must have been more … Read more 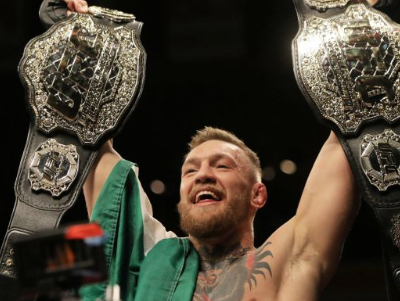 Former UFC multi division champion Conor McGregor is in desperate need of a win. McGregor’s mystique began to fade when the Irishman abandoned his featherweight and lightweight championship to go box and lose to Floyd Mayweather and then get submitted by Khabib Nurmagomedov when he returned to the UFC. He would next knock out an … Read more

Two top 5 lightweights went head to head at UFC 276 just not in the cage like we would have liked. Former UFC interim lightweight champion Dustin Poirier and former title challenger Michael Chandler had something to say to each other at UFC 276. Whatever it was must have been important because it was said … Read more

Former UFC interim lightweight champion Dustin Poirier had a now infamous run in with former title challenger Michael Chandler at UFC 276. A run in where they had to be separated by security . Dustin is considered one of the nicer guys in the sport. A family man, runs ‘The Good Fight’ charity organization, and … Read more

Michael Chandler entered the UFC with a bang in 2021 by quickly knocking out Dan Hooker. Since then, his record sits at 2-2 with one of those losses being to Charles Oliveira in a failed attempt to capture the UFC lightweight championship. His 2021 fight of the year with Justin Gaethje and his brutal knockout … Read more

UFC mega star Conor McGregor suffered a nasty leg injury in his doctor stoppage loss to Dustin Poirier back at UFC 264 of last year. It was only recently that the Irishman was seen training leg kicks at full speed and strength alleviating concern he might not be close to ready for a return. More … Read more

If this happens then the MMA gods might be forgiven for the Tony Ferguson vs Khabib Nurmagomedov bout that never happened. Rumor #3,712 surrounding the next Nate Diaz fight is a doozy. The rumor currently is that Nate might face off with his sometimes social media rival Dustin Poirier. The date being passed around is … Read more

At one point it looked like we might get a fun clash between Nate Diaz and Dustin Poirier. Both of them have a win and a loss over megastar Conor McGregor who had a big impact on both of their careers in terms of popularity. They easily stand on their own as established stars now … Read more

2021 has been a classic year for fighting despite the difficulties surrounding travel and fan-attendance due to the COVID-19 pandemic. The UFC with its innovative and experienced team behind the marketing and promotion of this MMA behemoth have found new ways to put on spectacular fights and entertain us all.  Fanduel’s MMA betting odds have … Read more

UFC mega star Conor McGregor has been on a Twitter tear recently. Most of it consists of warnings about an epic comeback after the nasty leg injury he suffered in the second loss to Dustin Poirier earlier this year. This was his second loss in a row to the Louisiana native having been knocked out … Read more