Former UFC bantamweight champion TJ Dillashaw has been called out by many since his return from an EPO violation suspension. The suspension is what cost him the belt and since he was champion at the time his previous victories came under scrutiny. Was he in violation in those and just didn’t get caught? Only TJ … Read more 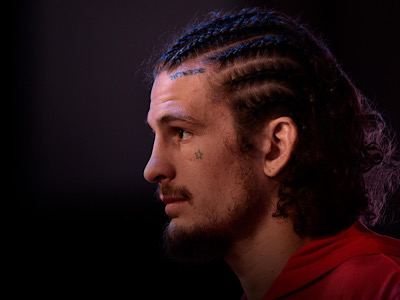 Do you remember those “sh** just got real“ Memes? I think Sean O’Malley may be a time traveler from that period. Many words and clever social media posts have been exchanged between former UFC bantamweight champion turned flyweight challenger Cody Garbrandt and rising star Sean O’Malley. Sean was the one who instigated this simmering feud … Read more

UFC 250 is in the books and the inevitable Fight Motion slow mo highlight reel has been released. The Sean O’Malley and Cody Garbrandt knockouts are definitely the highlights but this video also shows just how incredibly powerful UFC women’s bantamweight/featherweight champion Amanda Nunes is. Check it out. 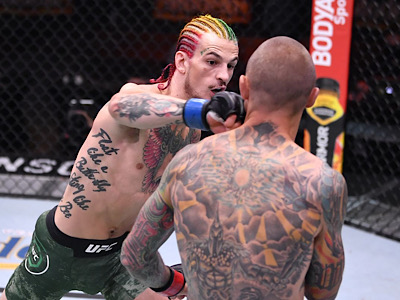 I’m not sure if this is a good thing or a bad thing. Former bantamweight champion Cody Garbrandt just returned with a bang when he knocked out Raphael Assuncao at UFC 250. His highlight reel KO was overshadowed somewhat by relative newcomer and breakout star Sean O’Malley. Sean knocked out veteran Eddie Wineland in 1:54 … Read more

Former bantamweight champion Cody Garbrandt is in desperate need of a victory. He is on a three fight skid and each of those losses came by way of knockout. Granted two of those losses are to former bantamweight champion TJ Dillashaw but a losing streak is still a losing streak. Cody spoke to Megan Olivi about his unusual training switch up to New Jersey and his fight at UFC 250 on Saturday versus Raphael Assuncao. Check it out.

What in the actual heck is going on here? I saw this floating around on Twitter and had to watch it several times to make sure this wasn’t some sort of prostate adjustment. It is odd to say the least and if a chiropractor can clarify what it is to us that would be great. … Read more

Cody Garbrandt was knocked out for the third time in as many fights at UFC 235. He looked like he was on the verge of winning a few times but his opponent Pedro Munhoz was having NONE of it. Cody lasted 4:52 seconds before getting put out. Watch his corner lose their minds and pay attention to Bruce Buffer who is close by.