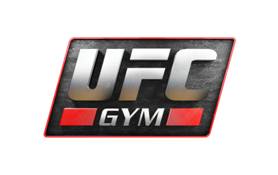 Las Vegas, NV (USA) –Since the doors opened at the first two UFC® Gym™ locations (Concord, CA and Rosemead, CA) in the last year, the response from fitness enthusiasts has been overwhelming. From the time membership enrollment began in June 2009, several thousand people have signed up to take part in the ultimate fitness experience UFC Gym offers its members. From training inside the hallowed Octagon® to tackling UFC Gym’s Ultimate TRX workout, individuals of all ages and fitness levels in the Concord and Rosemead areas have come out in droves to participate in the next wave of fitness.

The Inland Empire will now have their chance to experience all that UFC Gym has to offer. Just weeks after the grand opening of the Rosemead location, New Evolution Ventures (NeV), and the UFC announced today that the third UFC Gym location is set to open in Corona, CA. Continuing in an effort to shake up and revitalize the fitness industry UFC GYM announced the opening of their enrollment center at 390 N. McKinley Suite #116 beginning October 18th, where discounted memberships will be available. The new facility (currently under construction) will be located in the same shopping center, to the east of Costco, and is scheduled to open in early 2011.

“The response to the UFC Gyms has been incredible!” said UFC President Dana White.  “The fitness industry has been stale for a long time.  Finally there is a place where people can go and stay excited and motivated to work out and learn. We can’t open these gyms fast enough.”

“This UFC Gym facility will be second to none. No one out there can replicate what we do. The Corona location will continue to provide innovative fitness training and create an atmosphere where members will see immediate results. UFC Gym is not what you expect and more than you could imagine” said Jim Rowley, NeV CEO/co-founder.

UFC® Gym™ is the first major brand extension of the Ultimate Fighting Championship, the all-time industry leader in the sport of mixed martial arts.  In alliance with New Evolution Ventures™ (NeV), developers of many of the world’s most successful fitness brands, the UFC Gym brand gives UFC enthusiasts and fitness seekers of all ages the opportunity to practice the training techniques of famed UFC athletes.

Offering a full-range of group fitness classes, private MMA training, personal and group dynamic training, plus MMA style youth programming, UFC Gym creates something for all ages and fitness levels. As the first to combine the world of mixed martial arts and fitness, UFC Gym has developed an atmosphere where members can see immediate results.

UFC Gym is the ultimate fitness experience. The brand is not what you expect, and more than you can imagine, aiming to continue revolutionizing the fitness industry. For more information, please visit ufcgym.com.

Ultimate Fighting Championship®, Ultimate Fighting®, UFC®, The Ultimate Fighter®, Submission®, As Real As It Gets®, Zuffa®, The Octagon™ and the eight-sided competition mat and cage design are registered trademarks, registered service marks, trademarks, trade dress and/or service marks owned exclusively by Zuffa, LLC and licensed to its affiliated entities and other licensees in the United States and other jurisdictions. All other marks referenced herein may be the property of Zuffa, LLC, its affiliates or other respective owners.

Co-Founded in 2008 by Mark Mastrov and Jim Rowley, the current team of NeV professionals are shaping the world of fitness, media, and sports one brand at a time. With a foundation representing over a century of experience in health, wellness, sports, entertainment and fitness, NeV currently has operations and investments in over 20 countries worldwide.