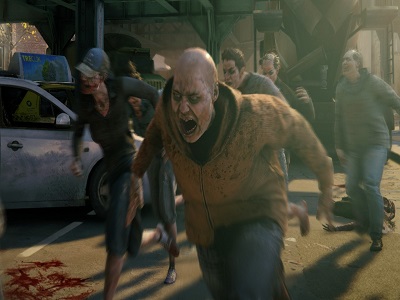 For the love of all that is holy in this universe what did we just watch? MMA veteran Dean Lister posted a message that preceded the video below of a zombie looking meth head who apparently broke in to his house. Here is what he said via MiddleEasy and you can check out the video … Read more 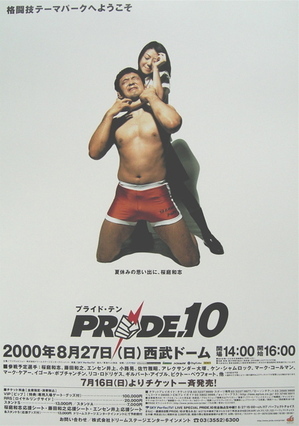 At Pride 10 in August 2000 in Saitama, Japan, Kazushi Sakuraba broke Renzo Gracie‘s arm and submitted him with a kimura. He had already beaten Royler and Royce Gracie before that and was henceforth known as “The Gracie Hunter”. Renzo said, “I failed Jiu-Jitsu that day.” But at Metamoris 5 on Saturday, Nov. 22, 2014, Renzo will … Read more

Submission only grappling goes down tonight in Los Angeles with Metamoris 4. Despite a price increase to $30 for the PPV – and they don’t take PayPal, and despite they aren’t credentialing media to cover the event live, we went ahead and popped down the money so you won’t have to if that is your … Read more 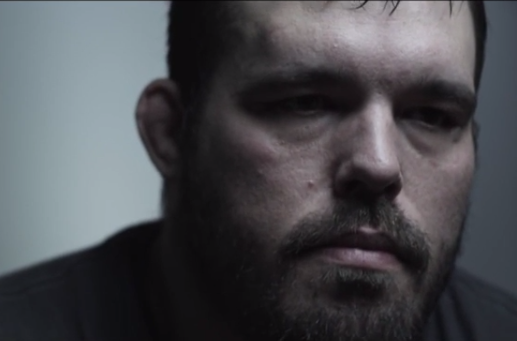 It’s catch-wrestling vs. BJJ when ADCC champion Dean Lister and UFC heavyweight Josh Barnett clash for the Metamoris Heavyweight Title on Saturday, Aug. 9th in Los Angeles. Go behind-the-scenes in this Metamoris 4 Countdown video as Lister and Barnett share their thoughts on competing against one another, the respect they have for one another, and … Read more 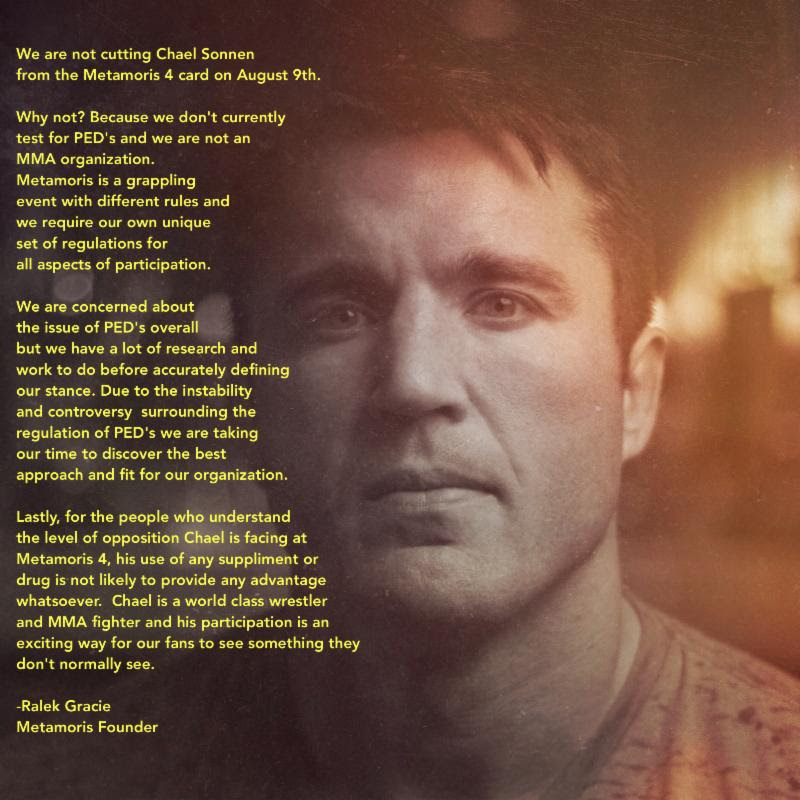 Metamoris Founder Ralek Gracie has released the following statement regarding Chael Sonnen, his recent failed drug tests, and his participation in the upcoming Metamoris 4 event being held August 9th in L.A. Sonnen’s involvement in the event is (was?) quite a boon for the grappling community, and it would definitely suck for the promotion to … Read more

Metamoris continues to elevate the world of grappling by putting on intriguing matches people want to see. For their upcoming event on Aug. 9 in Los Angeles, the organization is bringing in none other than Chael P. Sonnen, hot off his UFC exodus. Sonnen will face BJJ god Andre Galvao, 3rd degree black belt and … Read more

ProMMAnow.com talks with UFC vet and 2011 Abu Dhabi champion Dean Lister following his no-gi match with Xande Ribeiro which ended in a draw at Metamoris.

Watch as 12 of the world’s top Brazilian Jiu-Jitsu specialists face off at Metamoris where there are no points, a 20-minute time limit and the only way to win is by submission.

ProMMAnow.com talks with BJJ phenom Xande Ribeiro following his no-gi match with Dean “The Boogeyman” Lister at the Metamoris Pro Invitational in San Diego on Sunday.

UFC veterans Thales Leites and Dean Lister face each other tonight in the main event at “MFC 23: Unstoppable”, which takes place at the River Cree Resort and Casino, just outside Edmonton, Alberta. Co-main event action features a middleweight bout between Solomon Hutcherson and Jason MacDonald. And another UFC veteran, Marvin “The Beast Man” Eastman, will take on Dwayne Lewis in a light heavyweight showdown.

Stick with us here at ProMMA.info tonight as we provide LIVE play-by-play, round-by-round commentary. If you have HDNet, you can catch the fights live beginning at 9PM CT/10PM ET.