There have been some interesting belts in pro wrestling. An example of one would be WWE’s retired hardcore title that was shattered and seemingly put back together with caution tape and glue. Some of the older belts that looked like they were designed for someone with a tiny waist are close behind it. This week … Read more

In one of the most out of left field challenges in MMA history, Aaron Chalmers called out WWE star Daniel Bryan on Twitter. Aaron is currently signed to Bellator and even though the organization would entertain the idea of hosting the bout we doubt Vinny Mac hold allow it. Still, never say never. Check out the tweet.

WWE is holding what it’s advertising as Australia’s biggest pro wrestling event in history for October 6, 2018 in the Melbourne Cricket Ground. It will feature a returning John Cena teaming with Bobby Lashley instead of the previously advertised singles match between John Cena and Kevin Owens. Also on the card are Daniel Bryan and The … Read more

WWE Extreme Rules takes place on July 15th and the card is pretty much concrete at this point. It is headlined by Rusev and AJ Styles for the WWE title and supporting it is a women’s title match between Nia Jax and Alexa Bliss. Something to note is the reformation of Kane and Daniel Bryan’s … Read more 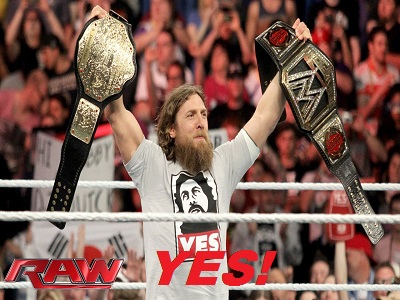 According to NoDQ, a popular wrestling website a press release was sent out by WWE stating that Daniel Bryan was cleared to return. Here’s what was reportedly sent out… STAMFORD, Conn., March 20, 2018 – Following more than two years of extensive evaluations, WWE Superstar Daniel Bryan has been medically cleared to return to in-ring … Read more

WWE has done a lot of stupid things in recent years – as Vince McMahon has gotten older and more stubborn. The whole Daniel Bryan fiasco is proof that WWE has no idea what fans want. He was incredibly popular, mainstream, adored by internet hardcore fans, and the WWE refused to give us what we … Read more

Daniel Bryan will address the WWE Universe tonight on Monday Night Raw after announcing his retirement earlier today. Brock Lesnar will return. Keep an eye on more heat between Chris Jericho and AJ Styles. Becky Lynch and Sasha Banks will get a chance to take their alliance to the next level. Ryback better watch his … Read more 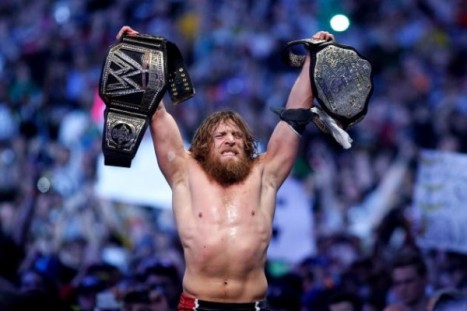 PMN will provide live updates during tonight’s WWE Monday Night Raw broadcasting on the USA Network at 8 p.m. ET/5 p.m. PT from Richmond, Va. * HHH and Stephanie McMahon open the show in the ring. They announce the Intercontinental Title vacated by Daniel Bryan will be determined inside the Elimination Chamber. This brings out … Read more

Join us here at PMN tonight for live results, updates and video highlights of WWE Monday Night Raw taking place this evening (May 11, 2015) in Cincinnati. The Raw broadcast kicks off at 8 p.m. ET / 5 p.m. PT on USA Network. * Triple H opens the show, making his first appearance in about … Read more