Gracie Bullyproof and the transformation of Austin McDaniel 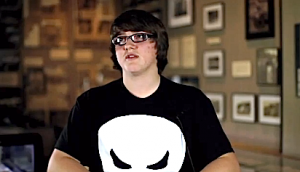 As a parent this might be one of the most important videos you ever see. If your child has suffered at the hands of a bully, there are answers.

Austin McDaniel is a 14-year-old boy from Indiana who loves video games and electric guitar. He’s a good student with loving parents. In September 2012, Austin was assaulted at school in front of his peers by a bully who choked him from behind and ultimately knocked him out with punches. The whole thing was caught on tape.

After seeing the footage of what happened to Austin, Rener Gracie reached out and invited the McDaniel family to come to California so that Austin could learn some tools that would help him should a similar situation ever arise again. Austin’s parents accepted the offer, and in the following mini-documentary you will witness the transformation that took place over a single week of intensive training (20+ hours of instruction) at the Gracie Jiu-Jitsu Academy in June 2013.

Every time a child commits suicide as a result of bullying, it could have been avoided. Please help us save lives by sharing this video with parents everywhere.

To learn how you can empower your child from home, or to find a Certified Gracie Bullyproof Training Center near you, visit http://www.GracieBullyproof.com.
[ads2]

One thought on “Gracie Bullyproof and the transformation of Austin McDaniel”