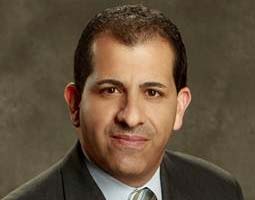 Showtime has been pretty mum on the whole Strikeforce situation until now, but with what is being billed as the promotion’s final show scheduled for January 12 in Oklahoma City, the future of MMA programming on the premium cable network has been in question.

With Strikeforce shutting down, it opens the space for another mixed martial arts promotion (or two, or three) to move up to that next level of publicity and broadcast exposure. According to Stephen Espinoza, Showtime Sports Vice President and General Manager, Showtime intends to remain in the MMA business:

“This is a network that has shown we can develop stars in boxing and MMA, and that’s not going to change because one promoter or another leaves.”

Over the years Showtime has worked with such MMA promotions as EliteXC, M-1 Global and Strikeforce and has helped build such stars as Kimbo Slice, Gina Carano and Ronda Rousey. Who do you feel could be the promotion(s) out there to step up and fill the void left by Strikeforce?

Southern California promoter Craig Zimmerman of Pandemonium Fights has some ideas on the situation.