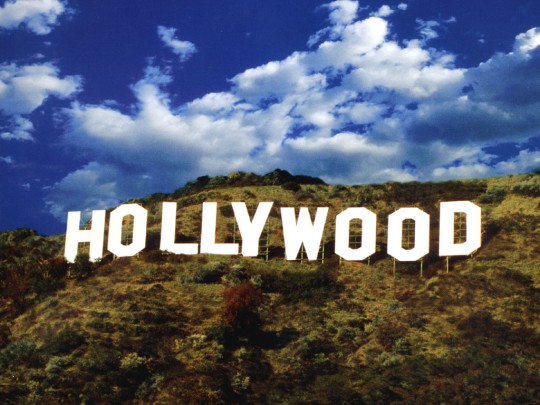 With mixed martial arts now the fastest growing sport in the world, television and movie executives are taking advantage of this popularity by using many MMA fighters in action movies geared toward 18-34 year-old guys.

There have been several MMA fighters looking to cash in on their popularity and trade their gloves for a script; at least on a temporary basis. Forrest Griffin played a cop in I Hope They Serve Beer In Hell. He also had a role as a murder suspect in an episode of Law & Order: SVU.  In Locked Down, Griffin was joined by fellow fighters Rashad Evans, Kimbo Slice and Cheick Kongo.

Georges St-Pierre appeared as himself in the MMA film Never Surrender. He was also featured in action movies Hell’s Chain and Death Warrior. Plus, he shared the screen in a documentary with other UFC fighters titled The Striking Truth 3D.

In 2003, Tito Ortiz started his acting career with a cameo in the Jet Li film Cradle 2 The Grave. He went on to appear in The Crow: Wicked Prayer and Zombie Strippers, among others.

Cung Le was Strikeforce’s middleweight champion in 2008, but the lure of the Hollywood lights persuaded Le to turn in his gloves for a time to pursue a career in acting. Some of Le’s films include Fighting starring Channing Tatum and Pandorum with Dennis Quaid.

Keith Jardine has been featured in several films such as Crank: High Voltage, alongside Jason Statham and Gamer, starring Gerard Butler. The Dean of Mean also starred in a MMA-themed film, Unrivaled. Jardine was joined in that film with fellow UFC fighters Rashad Evans and Nate “The Great” Marquardt.

Before Chuck Liddell retired from the UFC, he had quite a few acting duties, including cameos on television shows such as Inked, Punk’d, Entourage and The Simpsons. Although, Liddell has been a force in the UFC for many years, people got to see his softer side when he appeared on ABC’s Dancing With The Stars.

Randy Couture jumped onto the acting bandwagon when he appeared in The Scorpion King: Rise of a Warrior. He has also appeared in Big Stan, Redbelt and Invincible, starring Mark Wahlberg. His biggest role to date has been the film The Expendables where he shared the screen  with several other athletes including Jet Li, Stone Cold Steve Austin and Dolph Lundgren. The film was directed by Sylvester Stallone, who also stars in the action movie and features cameos by Arnold Schwarzenegger and Bruce Willis.

The Expendables 2 is currently filming and most of the stars listed above, including Couture, will return and add other big named actors and martial artists, including Jean-Claude Van Damme and Chuck Norris.

Taking over a very popular television role for Mr. T was Quinton “Rampage” Jackson who appeared as B.A. Baracus in the A-Team movie. Rampage has also appeared in The Midnight Meat Train with his A-Team co-star actor Bradley Cooper and Never Surrender.

Rich Franklin, who looks strikingly similar to actor Jim Carrey, got his acting break in  2008 with the release of Cyborg Soldier. He has also starred in The Genesis Code and Hamill, which is based on the life of former UFC middleweight Matt Hamill.

J.T. Stewart, Franklin’s manager, stated that it is his job to springboard a new career for his client once he is done with fighting. So, he is taking advantage of Franklin’s popularity now by working to get  him signed for a number of films since he has maybe 18 months to two years left in the fight game. Stewart wants to make sure Franklin continues to earn a good living once he hangs up the gloves, and acting can provide him financial security.

“They (MMA fighters) make quite a bit more than your novice actor would just starting out because they do have the celebrity and the name,” said Kat McEntee, owner of the Cincinnati-based Katalyst talent agency.

Currently, Double E Pictures and Motion Theory studios are working on a film about Franklin’s life,  titled American Fighter. It will focus on how Franklin taught himself martial arts and went from a high school math teacher to UFC middleweight champion.

Even the women are getting into the mix. Gina Carano, who is perhaps the most popular MMA female fighter, first appeared as gladiator “Crush” in the revamped addition of American Gladiators, which was hosted by Hulk Hogan. Now she is starring in the upcoming film Haywire, formerly called Knockout, which will be released in January 2012. She stars opposite some big time actors, including Michael Douglas, Channing Tatum, Ewan McGregor, and Antonio Banderas.

Now, it’s nothing new that martial artists, boxers and even wrestlers have long cashed in on their ability to land acting gigs simply because of who they were. Bruce Lee, Chuck Norris, Dolph Lundgren, Jackie Chan, Jet Li and Jean-Claude Van Damme are all martial artists who used their fighting talents to enter the entertainment industry.

Although many of them did well in movies, rarely have they performed in a film that was a departure from their off screen persona as a fighter. And that’s the problem. Today, audiences are much more sophisticated, and they expect much more from actors they see on the screen, especially when they are paying $10-$15  a ticket.

No one is expecting MMA fighters to perform Shakespeare or turn in Oscar worthy performances, but their acting is often stilted, hackneyed and just plain unbearable to watch. Today’s fighters are following the same path as many professional wrestlers, who also began taking on film roles while they were wrestling superstars.

Wrestlers like Hulk Hogan (Mr. Nanny), Stone Cold Steve Austin (The Condemned), John Cena (The Marine), Jessie “The Body” Ventura (Predator), Kurt Angle (Warriors), and others have all acted in films that would make audiences demand their money back.

However, there are exceptions. The most successful wrestler who has made a smooth transition to acting is Dwayne “The Rock” Johnson. Bringing males to the theaters, he relies on his popularity as a former wrestler, but he is also able to put women’s butts in the seats by using his charm and good looks. He has the leading man appeal because he doesn’t come across the screen simply as a thug or a roughneck.

Most male-themed action movies that rely on professional wresters or MMA fighters don’t do well at the box office. In fact, many of them go straight to DVD and they’re made with a much smaller budget than many Hollywood films, so it’s easy for studios to make a return on their money.

Most directors, however, prefer to work with real actors who can be trained to transform into martial artists, wrestlers or boxers. These movies make much more of a connection with the audience and bring in bigger dollars or garnish awards because of the quality of acting.

Take Mickey Rourke in The Wrestler, Mark Walhberg in The Fighter and Invincible, Will Smith in Ali, Russell Crowe in Cinderella Man, and Tom Hardy and Joel Edgerton in the recent MMA film Warrior.

Some people don’t blame MMA fighters for thinking about their future and trying to carve out a new career once fighting comes to an end. Plus, “play fighting” in movies is much less strenuous on a fighter’s body and the money is just as lucrative, if not more, than what they receive to abuse their bodies in the cage.

However, fans and other fighters have expressed frustration due to postponed fights and the absence of popular MMA fighters.

Take the fight that was supposed to take place between Quinton Jackson and Rashad Evans at UFC 107. Both fighters were coaches for The Ultimate Fighters show.

After the show was completed, the coaches were scheduled to fight a few months later. That fight didn’t take place in 2009 because Rampage was off filming the A-Team movie.

Evans stated on It’s Time radio program, “I am going to fight him, (Jackson), but not when I’m supposed to. He’s kind of getting sidetracked taking other opportunities above fighting. If it couldn’t happen at all, I would definitely want to fight somebody else, but I know the UFC definitely has a lot invested in us fighting each other. If faced with the same situation I would stick with my obligations and do the fight. I know he has this amazing opportunity to do this acting, but at the same time, at the end of the day he’s still just going to be a fighter. He’s not going to be an actor. He’s a fighter.”

Fighters have been known to take a considerable amount of time off to pursue acting. After Carano lost to Cris “Cyborg” Santos in August 2009, she focused on her major film role in Haywire. After almost two years, she has yet to return to fighting, which has clearly disappointed fans.

After a number of years concentrating on his acting career, Cung Le will return to the cage to fight Wanderlei Silva at UFC 139 in November 2011. Fans are excited and highly anticipating this match since Le, one of the most exciting MMA fighters, has been away for such a long time.

Even UFC President Dana White has expressed his dislike for when fighters go off to do acting. But as he weighs the pros and cons, he also realizes that a fighter’s presence in a film does bring more attention to mixed martial arts and that’s a great thing for the sport.