Irish megastar and former two division UFC champion Conor McGregor poured his heart out on Instagram today. In a lengthy post he shared his thoughts on the coronavirus and unfortunately passed on the news that it had taken one of his aunts. The death pretty much reiterates just how severe the situation is even if … Read more

Conor McGregor what are you doing? You got trounced by Khabib Nurmagomedov, subbed by Nate Diaz, and TKO’d by Floyd Mayweather Jr all after talking major smack. The bus attack. The post UFC 229 Octagon brawl. It seems to go and on and we thought it couldn’t possibly get worse. We were wrong. Earlier this … Read more

UFC president Dana White recently said that Irish mega star Conor McGregor is patiently waiting in the wings for the results of UFC 241 and 242. Rival #1 in his career is Nathan Donald Diaz from a little place you may have heard called… Stockton 209! What? WHAT? Nate shocked fans by submitting McGregor at … Read more 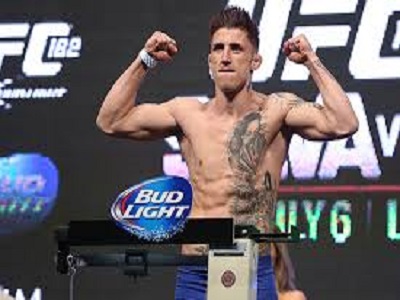 MMAnyt.com is reporting that Irish lightweight fighter Norman Parke has signed with Bellator. He is coming off of a two fight win streak bringing the veteran’s record to an impressive 25-6-1. Parke once competed in the UFC and went 1-3 in his last four after starting off strong in the organization. He rebounded outside of … Read more

Dana White is filming a two-hour TV pilot in Dorchester, Massachusetts entitled “The War of ’04.” It is said to be inspired by the Boston Irish Mob and revolve around a mob boss resembling Whitey Bulger, which is very interesting since Bulger was born in Dorchester.

What makes the name Whitey Bulger even more interesting is at the age of 19 Dana White quit his job as a bellboy at the Boston Harbor Hotel to open up a gym under a courthouse in Southie. After getting shaken down by a deputy of the gangster Whitey Bulger, who demanded a tribute of $3,500 in cash, White fled to Las Vegas.