Over the summer, something strange started happening on WWE television. The lights would flicker and go out, but it had nothing to do with the Undertaker or Bray Wyatt. People would be attacked backstage by unseen assailants. Masked vigilantes were ‘recorded’ attacking WWE’s Performance Center, and even the company’s head office. Before long, it became … Read more 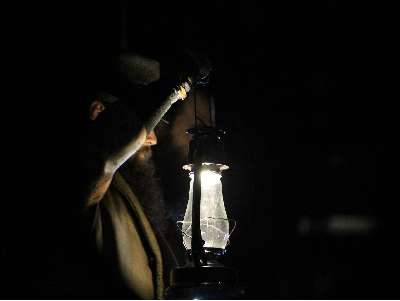 WWE’s Bray Wyatt has reinvented himself in a way that screams Vince McMahon had nothing to do with it. Wyatt (real name Windham Lawrence Rotunda) is the son of Mike Rotunda aka Irwin R Schyster (IRS) and grandson of the legendary Blackjack Mulligan. He started in NXT as the bland Husky Harris and eventually evolved … Read more

WWE has been without Bray Wyatt since November’s Starrcade event. Thankfully, last night at a live event in Columbus ‘The Eater of Worlds’ returned to a loud pop. Someone on Twitter graciously shared a photo of it and just look at those cellphones doubling as his ‘fireflies’. It never gets old. Check it out. 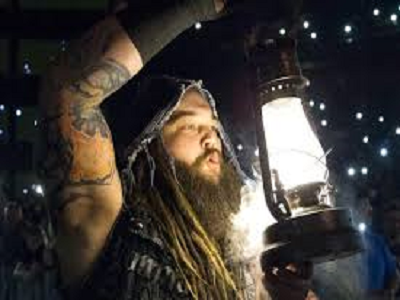 Bray Wyatt missed this past weekend’s WWE live events and RAW on Monday due to injuries sustained from a car crash last Friday in which his car was totaled. TMZ provided an update that he was cited for ‘careless driving due to his “failure to operate his vehicle in a careful and prudent manner”. Wyatt … Read more

Bray Wyatt, Bo Dallas, Jo Jo, and Roman Reigns have been off TV for what was reportedly viral meningitis. As of Monday Bo Dallas and Bray Wyatt have been cleared, and Reigns is expected to be in the next few weeks. Nia Jax was not off TV for illness as was rumored. She was taking … Read more

Justin Labar of the Pittsburgh Tribune provided an update on the reason Bray Wyatt, his brother Bo Dallas, and girlfriend JoJo have been missing from WWE TV. Seems Bray, Bo and JoJo haven’t been at TV or events because of viral meningitis. Unfortunate. I have NO INFO on Sunday for Bray. He is referring to … Read more

On last night’s WWE RAW we expected Bray Wyatt to fulfill his promise of bringing the often mentioned Sister Abigail with him to the show. Instead what we got was a video poorly edited insinuating that Bray’s alter ego was Sister Abigail and not an actual woman. My problem with this is that if the … Read more

Remember, these statements are being treated as rumors and the source would only speak under the protection of anonymity. We cannot independently verify these statements, but do see value in them. One of the big discussion points was the baffling booking of matches today. Here’s what he said: The booking issues are a combination of a … Read more

It happened. Bray Wyatt finally won the WWE championship in the Elimination Chamber match last night on the WWE Network. The Rock was quick to praise the deserving superstar on Twitter. Hell yes. Big fan of his talent and couldn't happen to a better dude. Welcome to the club, enjoy the ride and have fun! … Read more

It is no secret that fans are leaving WWE or flocking to WWE Network to watch one special event a month, or like me to watch 1990’s quality programming. With a generally unpopular champion in ratings killer Roman Reigns, no respect for veterans like Dolph Ziggler, and lame gimmicks like Tyler Breeze it is no … Read more