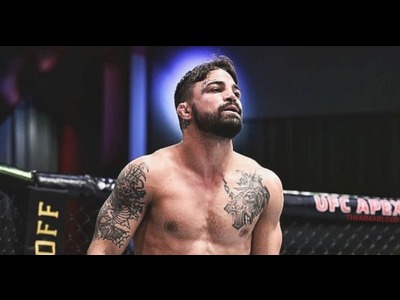 Nate Diaz just finished out his UFC contract and was barely on the free market before the call outs started coming fast and furious, Jake Paul, ever the opportunist, must have realized that Diaz was still a draw at 37 years old and dropped his name. Given that Paul likes his freak show boxing opponents close to or older than 40 it was expected. What about a fan favorite former UFC fighter who bare knuckle boxes calling him out? Surely that’s a good idea because without the gloves – the Stockton slap would connect with someone’s face easier.

Mike Perry was an exciting MMA personality but it ultimately didn’t work out for him in the UFC. He went 1-4 in his last 5, however his status as an exciting trash talking fighter didn’t seem to fizzle. He made the transition to bare knuckle boxing where he is 2-0 holding an impressive win over Michael “Venom” Page aka MVP. A bout with Diaz would sell on the trash talk lead up alone.

“Nate, where you at dog? Let’s fire up“, said Perry via an Instagram video.

It is unclear whether Nate would make the move to an organization like Bare Knuckle Fighting Championship but if he did it would be a huge win for them. What do you think of all of this?