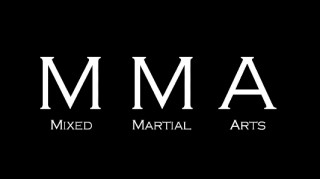 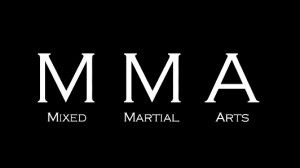 The 2013 year has officially come to a close with the UFC 168 event that took place on Saturday night in Las Vegas, Nevada. It has been an incredible year with great fights, some surprises, and the end of a couple of era’s in MMA.

I wrote a piece in early January 2013 posing five huge questions going into the year. I’ll do the same with 2014 in a couple of days. However, I wanted to revisit those five questions and provide some insight and answers to those questions. Check it out below:

How will the competition between Bellator and the UFC help the sport of MMA?

I think the competition between the two companies has been most beneficial to the UFC. Bellator putting on shows forces the UFC to stay on their toes. The Eddie Alvarez situation was a prime example of why having two large organizations around is beneficial to the fighters. Although Alvarez was forced to sit out a lengthy amount of time due to his lawsuit situation, he ultimately got more money in the end and was able to gain his Bellator lightweight title. That alone put him in a very advantageous position. The gap between the number one and number two organizations was already pretty large, but Bellator probably allowed the gap to get larger in 2013. Which is surprising considering this year was certainly a year in which they were poised to close the gap somewhat. Bellator debuted on Spike TV(former home of the UFC) in 2013, and also launched their own reality fight show(Fight Master) on the same channel. The ratings for their LIVE fight shows were usually mediocre at best, and the reality show ratings were not very good at all. In fact, it’s likely that there will not be a season two of the reality show. Also, the Eddie Alvarez lawsuit didn’t help Bellator’s public perception at all as most people sided with Alvarez’s account of things. I’ll have more on Bellator in the 2014 piece, as well as the future of the UFC.

Which Strikeforce fighters will be given the opportunity to transition over to the UFC?

There were several fighters that transitioned over to the UFC once Strikeforce closed their doors in January 2013. Gilbert Melendez, Nate Marquardt, Luke Rockhold, and Strikeforce heavyweight grand prix champion Daniel Cormier. Also, fighters like Gegard Mousasi, Pat Healy, Tyron Woodley, Josh Barnett, Ronaldo “Jacare” Souza, Josh Thomson, Tim Kennedy, KJ Noons, and Rafael Cavalcante made the move over to the UFC. Many of these fighters enjoyed some success as Cormier, Mousasi, and “Jacare” have yet to lose inside the octagon. Josh Thomson had a huge win over Nate Diaz and was going to receive a title shot until Anthony Pettis injured himself in training. So all in all, it was a solid move which allowed the UFC to add some depth with quality fighters.

Will Ronda Rousey become a legitimate PPV draw for the UFC?

I thought this question was a no-brainer, but a year ago there were real concerns over Rousey’s ability to carry a PPV. A year later and it’s evident that Rousey is a star. The UFC 157 PPV she headlined did well over 400,000 PPV buys. She just won an incredible fight with arch nemesis Miesha Tate in the co-main event of UFC 168. That event should do well over 700,000 PPV buys. Rousey is an incredible traffic generator online, which is also a good indicator of her drawing power. In fact, I’d say she generated more traffic for UFC 168 than any other fighter on the card. Which is incredible when there was the highly anticipated rematch between Anderson Silva and Chris Weidman on the card as well. Rousey will headline UFC 170 in February against Sara McMann who is still relatively unknown to casual fans. That event should provide a solid baseline for Rousey’s star power when it comes to PPV buys. She’ll be an important part of the UFC machine in 2014 with the absence of Georges St-Pierre, Anderson Silva, and Cain Velasquez missing most of the year due to shoulder surgery.

Man. Invicta FC is still here and will be here in 2014 as well. Invicta CEO Shannon Knapp has done an excellent job of putting the all female promotion on the map. The promotion made the move over to IPPV in 2013 and seemed to have some success. All of the Invicta FC events have been highly entertaining and produced some quality fights. The promotion sent the majority of their strawweights fighters to the UFC in a monetary deal worked out between the two promotions. It is reported that Invicta FC is in serious  discussions with a few TV outlets, and could make some real noise in 2014 if they are able to get the right deal in place.

Which regional promotion will separate itself from the others in 2013?

The promotions that I thought would make the most noise in 2013 were RFA(Resurrection Fighting Alliance), XFC (Xtreme Fighting Championships), and LFC(Legacy Fighting Championships). These promotions air on AXS TV, and while we are not privy to the ratings for each show, I’d have to say that RFA has separated itself just a bit from the XFC and LFC. The RFA promotion held six events in 2013 and also sent several fighters to the UFC which is very attractive to younger fighters. The XFC promotion also held six events in 2013 and visited several places in the southeastern United States while signing some quality prospects. However, they were not able to re-sign one of their most popular fighters and lightweight champion Nick Newell. Newell signed with the World Series of Fighting and made a success debut earlier this year. They also signed a TV deal with Brazilian broadcaster RedeTV! to expand internationally which could become a significant factor moving forward if the promotion can capitalize on the deal. The LFC promotion held 11 events in 2013, and already has five tentative events planned for 2014. However, the LFC events always seem to fly under the radar with little promotion.

So there you have it for 2013. Be sure to check back later this week for an outlook on 2014, and as always be sure to make ProMMAnow.com your home for all of your MMA news, coverage, and analysis.