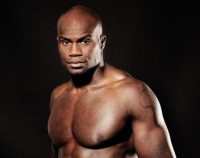 As Bellator prepares to embark on the start of the fall season as well as November’s highly anticipated Bellator Pay-Per-View “Rampage vs. Tito”, the promotion announced today the signing of French heavyweight Cheick Kongo. The fan favorite is scheduled to make his debut this September for Bellator, and will be featured in the Season 9 Heavyweight Tournament.

“After my contract was up in the UFC, I really wanted to take some time and reflect on everything,” Kongo said. “After talking to the people around me, especially someone like my longtime friend in Rampage, he told me how well Bellator has been treating him and what we can do with Bellator, and after getting to know Bjorn Rebney, it just seemed like the right fit for me. I know I have plenty of fight left in me, and my fight in October is the first step to getting that Bellator Heavyweight Title.”

Kongo leaves the UFC with a 4-2-1 record since 2009 and holds notable victories over “Cro Cop”, Pat Berry and Matt Mitrione during his time with the UFC. As one of the most imposing yet charismatic fighters in MMA, Kongo is well aware of what is expected of him inside the Bellator cage.

“My fans mean the world to me, and I want to show them what I am capable of every time I go out and fight,” Kongo stated. “I always want to deliver a good show to whoever is watching, and that won’t change in Bellator.”

“If you’re an MMA fan, you’re a Kongo fan,” Bellator Chairman & CEO Bjorn Rebney said. “No matter who he fights he’s always going to bring the fight and put on a great show, and he’s one of the best guys you’ll have the pleasure of dealing with in MMA. This is another example of our alliance with Wolfslair and Anthony McGann resulting in our signing an exciting, explosive fighter to our roster who fans know and love.”