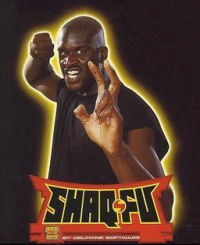 The push to legalize the sport of Mixed Martial Arts in New York got some BIG help today — exactly 7-feet-1-inch and 325 pounds worth of help from NBA legend Shaquille O’Neal. Shaq is a longtime practitioner of martial arts and a big fan of MMA and urged the New York Assembly to do the right thing in the following statement:

“For more than a decade, I’ve trained in MMA. I’ve studied boxing, jiu-jitsu, Muay Thai, and wrestling. I’ve practiced martial arts and MMA for the last 15 years. I know how MMA training helps both the body and the mind. I know that MMA training teaches respect and discipline. I’ve been to MMA matches – UFC and other promoters, professional and amateur – and I know that this is a real sport, requiring incredible athleticism and has a fan base that rivals the home crowds I played in front of for the Lakers, Heat and Celtics.

“I’ve been to a UFC event at the TD Garden in Boston and I would love to attend one at the ‘Mecca’ – Madison Square Garden. As a businessman and sports enthusiast, I know the kind of economic activity UFC and other MMA events bring to communities. It would be huge in New York City and would be even bigger for those struggling upstate New York communities. New Yorkers love their Knicks and Nets, Yankees and Mets, Giants and Jets, and they also love MMA. It’s time for New York to do the right thing.

“The State Assembly should allow a vote on the bill to legalize MMA. The Senate has supported it and now it’s time for the Assembly to give New Yorkers a fair opportunity to be able to watch MMA at an arena in their hometown. I know the Speaker loves the Rangers, but millions of New Yorkers also love MMA with the same passion he has for hockey.”