We’re one step closer to a boxing mega-fight between unbeaten legend Floyd Mayweather and MMA’s biggest star, Conor McGregor. McGregor has come to a contractual agreement with the UFC and Dana White and the next step will be to finalize the terms with Mayweather. And that’s a huge step, but not impossible by any means. … Read more 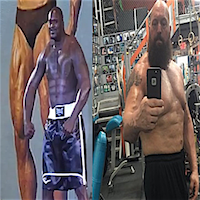 Big Show spoke with the official WWE website about Shaquille O’Neal backing out of this year’s WrestleMania. He had been tweeting about the possibility of Shaq not holding up his end of the bargain by stepping in to the ring after years of subtle build up. I mean, here’s the thing. We shot this off … Read more

Big Show takes on Shaq at Wrestlemania this year and while many, including us, could give a steaming bag of crap we may watch now after Show posted this pic of himself at the gym. Shaq, you better find a cave and hide my friend. If this guy actually connects with your chin it may … Read more 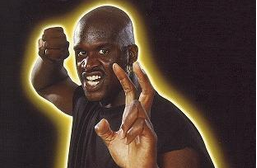 As the sport of MMA continues to grow we see more and more fighters with backgrounds in other sports make the transition to MMA. Ryan “Who Dat” Keenan played collegiate football at NCAA division 3 Mount Union College in Ohio. In the off season for extra conditioning Ryan took up boxing and over four years amassed a 14-0-1 record in fifteen exhibition bouts.

After graduating with a B.A. degree from Mount Union College he moved to Orlando and began training in Brazilian Jiu-Jitsu under the tutelage of Royce Gracie Black Belt Jonathan Burke, who also happens to train NBA superstar Shaquille O’Neal.

Undefeated in professional MMA competition, Ryan fought his last bout back in February against The Ultimate Fighter season six contestant Blake Bowman. Ryan took Bowman out with a first round TKO. PRO MMA (promma.info) writer Dusty Adams recently spoke with Ryan about the academy where he trains and teaches, trying out for The Ultimate Fighter, his goals within the sport, what Shaq is like in the gym, and more.