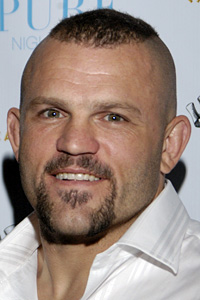 The BIC 4 GOOD initiative asks Americans to shave their head–for real or virtually–and in turn BIC will make a donation on their behalf to DoSomething.org, a not-for-profit organization that empowers youth to do good in their own communities. In celebration of the launch of the BIC Flex 4 shaver and the opportunity to support a great cause, BIC and Chuck are asking America to join the movement.

“It doesn’t take a lot to make a huge difference in the world, and I’m proud to be a part of BIC 4 GOOD’s humanitarian effort,” says Liddell. “By shaving off my own signature ‘do, I hope to inspire people to do the same for this important program.”

If Chuck’s real life look is too extreme for you, the BIC 4 GOOD virtual shave lets you have an impact with just a headshot and a little imagination. To join the campaign, visit the program’s site at www.bic4good.com or visit www.facebook.com/bic4good for more information.

The BIC® Flex4™ disposable shaver for men has four flexible blades that individually adjust to your skin for an ultra smooth shave. This new shaver also features a pivoting head and heavy handle with a textured grip for superior control.  The BIC Flex 4 shaver, which is BIC’s best shave for men, has a suggested retail price (SRP) of $5.99 for a three pack.

Liddell has also made several film and television appearances and can next be seen in the upcoming film Passion Play, opposite Mickey Rourke, Bill Murray and Megan Fox.

BIC Consumer Products USA (www.bicworldusa.com) is a leading distributor of stationery products, lighters and shavers. Since its founding more than 50 years ago, BIC has honored the tradition of providing high-quality, affordable products. Through this unwavering dedication, BIC has become one of the most recognized brands in the world today.

DoSomething.org is one of the largest organizations in the United States that helps young people rock causes they care about.  A driving force in creating a culture of volunteerism, DoSomething.org in on track to activate two million young people in 2011. By leveraging the web, television, mobile, and pop culture, DoSomething.org inspires, empowers and celebrates a generation of doers: teenagers who recognize the need to do something, believe in their ability to get it done, and then take action. Plug in at www.DoSomething.org.