Matt Brown is tough inside of the cage as well as outside. He is never afraid to speak his mind. Like never. During a media scrum recently the topic of PED’s came up and so did Jon Jones because lately the two go hand in hand with each other. Jones caused the UFC 232 event … Read more 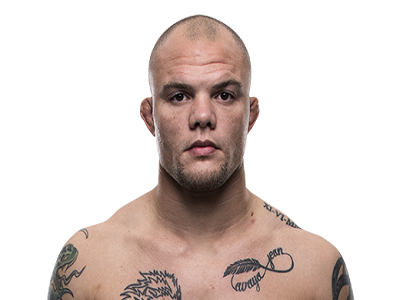 Anthony Smith is one of the hottest rising stars in the UFC’s 205 pound division. He has finished his last three opponents including two former champions in Shogun Rua and Rashad Evans. There are plenty of fights ahead for the thirty year old but he must stay focused and make the most of his youth. … Read more

The entire Jon Jones UFC 232 ‘atypical’ drug test mess just keeps getting weirder. According to Shaheen Al-Shatti of MMAFighting.com this is not the first test Jones popped positive for turinabol metabolites in recent months. That’s right folks. Apparently between September 21st and November 14th no metabolites were present but in December they randomly resurfaced? … Read more 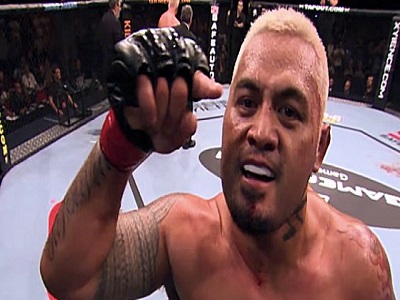 Mark Hunt recently poured out a piece of his soul in a written piece for Players Voice. Here’s what he said via MMAFighting.com: I will probably end my life fighting. I’ve been fighting since I was a child, fighting to get out of my circumstances. I used to make $300 a week, struggling to put food … Read more

In the later part of 2015, the UFC announced a few changes coming to the organization. First,  the UFC introduced the Reebok deal to the world.  Secondly, the UFC partnered with USADA (United States Anti-Doping Agency). Since then, both have received massive criticism from not only the media but the public, especially USADA.  Many fighters have fallen … Read more

Having fought at UFC 188, Gilbert Melendez was scheduled to make a quick return and fight on the upcoming UFC Fight Night 71 card on July 15. Plans changed when it was revealed that Melendez tested positive for a banned substance following his UFC 188 performance and that he had been suspended for one year. … Read more 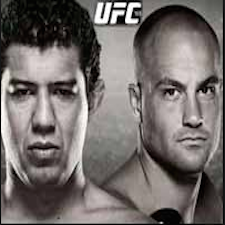 The MMA world was shocked to learn on Monday that top ranked UFC lightweight Gilbert Melendez had failed a drug test and had been suspended for one year. Melendez tested positive for “exogenous origin of testosterone metabolites” which means he allegedly had testosterone in his body that did not originate there. Melendez failed his post-fight urinalysis … Read more

Former Strikeforce lightweight champion and current number five ranked 155-pounder in the UFC, Gilbert Melendez, has tested positive for banned substances. Melendez failed his UFC 188 post-fight urinalysis after dropping a split decision to Eddie Alvarez last month in Mexico. The UFC has released the following statement which includes a quote from Melendez: Following his … Read more 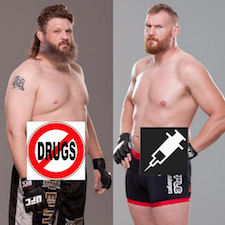 Following Josh Barnett’s most impressive domination of Ryron Gracie at Metamoris 6 last week, the UFC announced today The Warmaster will be fighting Roy “Big Country” Nelson in the UFC Fight Night 78 headliner in Japan on Sept. 27. It didn’t take long after the fight announcement for Big Country to fire the first shot with … Read more

The man largely considered the greatest MMA fighter of all time, Anderson “The Spider” Silva, tested positive for steroids and sent shockwaves through the sports world (or at least the MMA/UFC world). The former long-reigning UFC middleweight champion has denied the allegations and is looking to clear his name. In a statement posted to Anderson’s … Read more