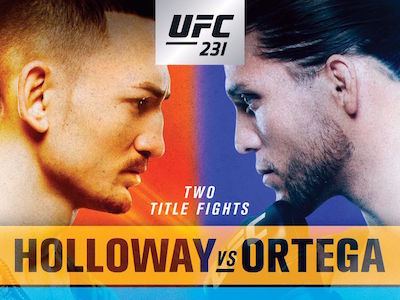 The Ontario Ministry of Tourism, Culture and Sport has released the list of suspensions for the UFC 231 competitors. Along with Brian Ortega’s losing effort in a featherweight title fight with Max Holloway he received a 6 month suspension for his efforts. Here’s the full list (via MMA Fighting). Max Holloway: Suspended 30 days def. … Read more

Wanderlei Silva is out of his scheduled match-up against his arch nemesis Chael Sonnen at UFC 175, apparently due to some issue with his medicals. Sonnen said on UFC Tonight that he found out Wanderlei “literally ran from a drug test” and that’s the reason the fight is off. Sonnen told us this was going … Read more

Cantwell, the former WEC light heavyweight champion, came to the UFC in 2008 when Zuffa merged the WEC’s welterweight, middleweight, and light heavyweight divisions into the UFC. Since then, he has gone 1-2 inside the Octagon, defeating Razak Al-Hasan, and losing to Luis Cane and Brian Stann.

Cantwell, who was a guest on ProMMA.info’s Cageside Beat Radio Show last week, was scheduled to fight Vladimir “The Janitor” Matyushenko in his return bout to the organization, this Saturday at “UFC 108: Evans vs. Silva” at the MGM Grand in Las Vegas, Nev. Speculation the bout may be in jeopardy began circulating on Tuesday. However, when ProMMA.info contacted Cantwell’s agent yesterday, they felt like the bout would still take place.