Hide your blood hide your wife! Dan Ige has blood taken by USADA impersonator or something like that. So if it wasn’t USADA and it really was a mix up then who in the blue hell were they? Why did they need his blood if not for testing? Why is Dan Ige? Anyways, Dan continued… … Read more 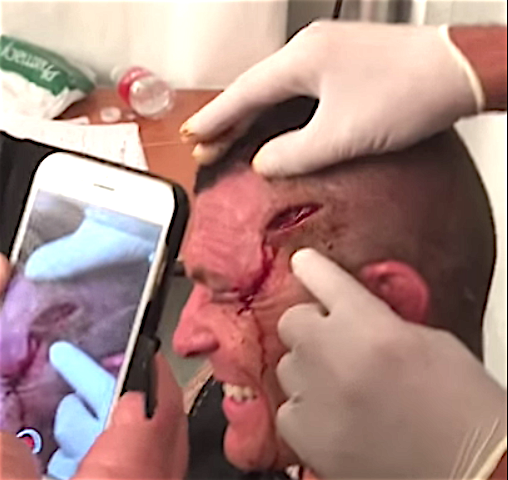 Today’s Photo of the Day shows former UFC heavyweight champion Brock Lesnar immediately after getting stopped via technical knockout in the first round last Saturday night at UFC 121 by Cain Velasquez. 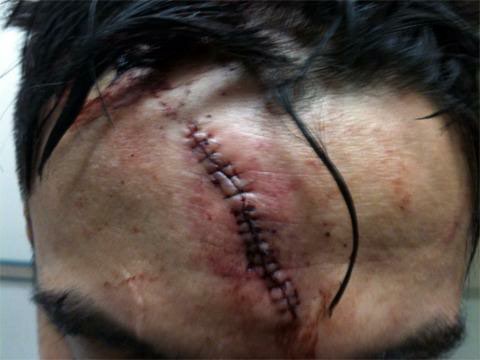 Miguel Torres received a nasty cut in his forehead during his most recent fight at WEC 47 against Joseph Benavidez. To help prevent scar tissue from building up, and to reduce the chance of having a fight stopped due to a cut in the future, Torres went to plastic surgeon Dr. Harris Sterman in Teaneck, … Read more

Miguel Torres had a fight with Joseph Benavidez at WEC 47 this past weekend. It was one hell of a battle. Unfortunately for the former bantamweight champion, he was submitted via guillotine choke in the second round. He also walked away with this beauty. Torres said afterward via Twitter that he needed 20 stitches, he … Read more

Martin Kampmann was scheduled to fight Ben Saunders at UFC 111 in Newark, N.J. on March 27. Apparently, he can no longer fight because he got a little scratch on his head. I thought these guys were tough… come on Martin! Kampmann tweeted about the boo boo on Tuesday: Out of UFC 111. I got … Read more

by:  Jack Bratcher If you saw the main event at Elite  XC’s Unfinished Business in Stockton, CA. last Saturday, you got to see Robbie Lawler defeat Scott Smith in the second round via TKO for the Elite XC Middleweight Title.  Many fans who watched the event were left scratching their heads when the Scott Smith … Read more

Mixed Martial Arts being shown on Prime Time Televsion inevitably ignites all the talk about its affect on today’s society. Is it good for us? Is it bad for us? Too violent? Too vulgar? Take a look back a little over a year ago when this segment about MMA was shown on sixty minutes. As … Read more