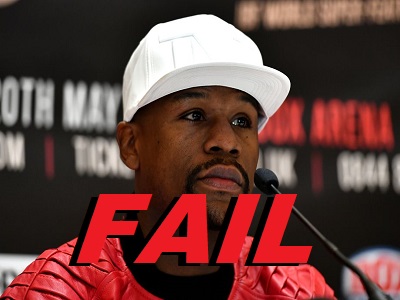 Floyd Mayweather Jr and Jake Paul may be the kings of freak show boxing.

Ever since officially retiring following his win over Conor McGregor, Mayweather has sporadically come out of said retirement to face such juggernauts as YouTuber Logan Paul, tiny kickboxer Tenshin Nasukawa, and Don Moore. Now he will face off against Mikuru Asakura. Who you may ask? Hold my keyboard.

Mikuru Asakura is a former MMA fighter with a record of 16-3 and once held a championship the RINGS organization. He went 2-3 in his last five fights and at 30 years of age he isn’t old by any means, but he isn’t the athlete who once went on an 8-0 run. No offense to Mikuru but his choice as an opponent is as random as it is baffling.

The pair will face off for three rounds in an exhibition bout on September 25th inside of the Saitama Super Arena.