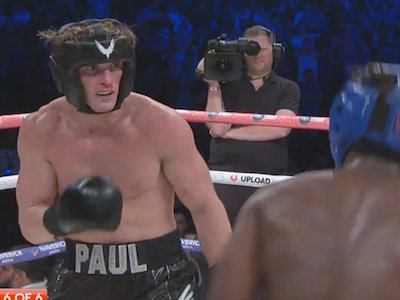 Hell has frozen over.

WWE has officially signed Logan Paul to its roster.

Paul was actually a DLC character for the WWE 2K22 game, has appeared on their WWE programming, and was a tag team partner for The Miz as a heel in a match against Rey Mysterio and Dominik Mysterio at Wrestlemania 38. His signing is more proof to the rumors that WWE is working hard to secure social media personalities with a large number of followers. They signed former Bellator fighter Valerie Loureda earlier this week.