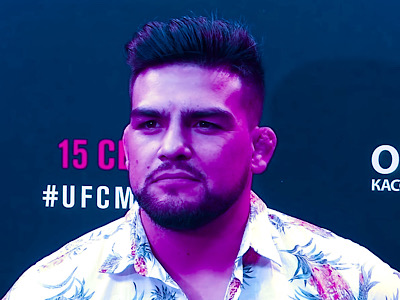 Kelvin Gastelum had to withdraw from his UFC 273 fight with Nassourdine Imavov for unknown reasons.

Gastelum once challenged for the interim middleweight title against Israel Adesanya and his loss started a dismal 1-5 run. Heading in to the now cancelled Imavov bout it would have been off a two fight losing streak. Kelvin needed the win badly because a loss would have likely gotten the respected but unsuccessful middleweight released. Participation in exciting fights in losing efforts can only carry you so far unless you are someone like Tito Ortiz because even Dana has tolerance limits.

Here was the April 1st video posted by Kelvin on Instagram discussing his withdraw:

I wish it was an April Fool’s joke. I wish this didn’t happen, but it did, and unfortunately, I have to withdraw from the fight. I was advised not to disclose the injury, but just know, I am compromised, and I can’t and won’t be heading into the fight compromised the way that I am.

He released another video later:

Kelvin was looking to start another title run but it appears we will have to wait.