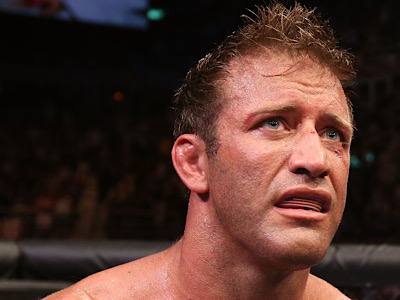 Monday afternoon, a fire broke out in the house of Stephan Bonnar. The family was left without a place to stay and were likely overwhelmed. MMA Junkie reported that after seeing the story on TMZ they confirmed the story with Bonnar himself. The house was destroyed but thankfully the family of the UFC hall of famer suffered no injuries.

Lost everything, house is done.

Stephan shared a disheartening video explaining that the fire was reigniting after it would appear to be extinguished by firefighters.

His unfortunate situation did not go unnoticed by fans and fellow fighters. One fighter that stepped up was former UFC welterweight champion Tyron Woodley.

Woodley donated $4,000 and asked for others to match or at least pitch in. Bonnar did so much for the sport of MMA over the years and entertained millions of fans. Seeing something like this happen to him is almost surreal.

Appreciate all the prayers, please send some to the rest of #TUF1. Been a rough year for a lot of us. @mike_swick could use some, same with @chrislebenmma . @diegonightmaresanchezufc looked great last week.. considering his recent hospital stay. #RIP Lodune @sincaidmma . I forgot to mention @schoenaueralex took an AR15 at point blank range, then had a bad dirt bike crash… but he almost dies all the time. This means @forrestgriffin is due for something terrible, so please send some 🙏 his way too. God bless.