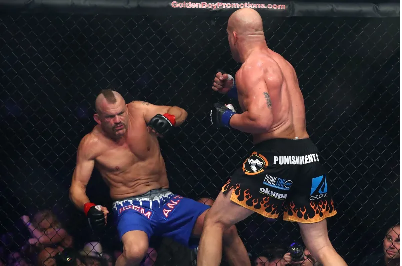 Saturday we got a tweet from Tito Ortiz that gave us a collective nauseating feeling. The kind of tweet that makes you remember just how delusional the anti mask, unemployment filing scandal attracting, Huntington Beach Mayor Pro Tem Ortiz is.

Tito is responsible for some of the most incredibly bad MMA quotes in history like, “I just think God put me on this earth as a tool.” Okay that was one of his better unintentional funny ones but you get the point.

Dana White would never allow this rematch to happen even if it made Conor vs Khabib money.

Chuck starched Ortiz twice when they were in their primes in the UFC and Tito would KO Liddell in the failed Golden Boy promotion way past the day they should have retired. To even entertain another fight between two fighters likely to be suffering some long term effects of CTE would be crazy. Liddell is 51 and Ortiz is 46. Just – please no.