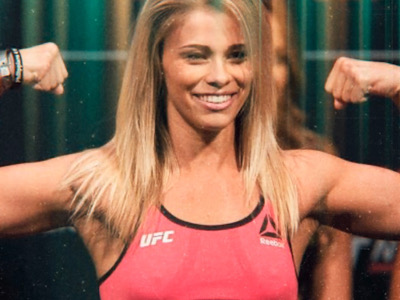 Former UFC fighter Paige Van Zant has had some crossover success in to the mainstream on Dancing with the Stars and Chopped. She is crossing over into new territory again by competing in bareknuckle fighting.

She now fights exclusively for Bare Knuckle Fighting Championship and while there is excitement for her addition there was initial fan criticism that she was signed simply for her fame and looks. She went 5-4 in the UFC and showed she definitely had skills so you can’t blame BKFC for eagerly snatching up that perfect combination.

She makes her debut on February 5th squaring off against Britain Hart at BKFC 16. She spoke with TMZ sports about how she is doing and how she is handling all of the talk from the haters ahead of it.

VanZant is a skilled fighter and coupling that with her beauty she has a lot of followers on social media. Unfortunately in today’s social climate, someone popular like her has one hater for every three fans on good days. This means that reading comments can be dangerous if you have a short fuse. Paige seems to be handling it well.