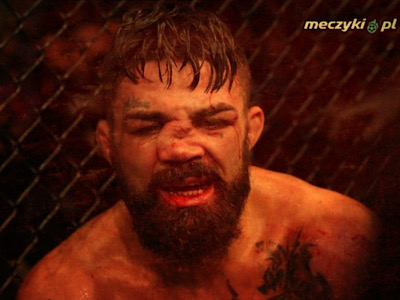 Anyone who has been following UFC fighter Mike Perry for the last year and a half is probably not surprised by his latest outburst. He has scrapped with an old man in public, went on many tirades on social media, and the list of questionable antics is quite long.

The latest outburst is directed at fans. Mike has unimpressively gone 1-3 in his last four fights. On social media he does not give the impression that there is an ounce of concern but there should be. When the UFC brass are making budget cuts and the only thing you have going for you is one win in your last four fights and a big mouth you are not valuable right now.

Mike is in a situation that long time fans of mixed martial arts have seen plenty of athletes in over the years. A fighter gets some name recognition, a little notoriety, and they lose perspective. He is the guy at your work who used to be low level management over five years ago and wrongfully believes he still has the same status today. It’s the illusion of being bulletproof. Mike Perry is not bullet proof, especially right now.

The rant we mentioned was aimed at fans and it was pretty venomous (via BJPenn.com)…

I’m not free, I don’t have time, I don’t wanna talk , don’t care what you have to say, I’m not taking a picture, don’t ask how I’m doing, please leave me alone unless you want to give me money then just give it to me and then you can ask your question…I don’t care, the fans suck, people suck , they crowd your space , they talk trash behind your back, they offer nothing but a waste of time, I like to be left alone with my little family and that’s all I want. I’m just tweeting these to tell y’all to mind your manners.

I only have a two year degree related to psychology but you don’t need any piece of paper to tell you that this is a man heading into the latter stages of self-destruction. Criticism, especially when it is widespread and more importantly accurate is not often welcome when it forces you to take a good look at who you are and where you really are currently. It’s OK to “do you” but when what you are doing is counterproductive it’s probably time to stop.

The dangerous piece that he is juggling is creating an image deemed unwelcome in the company. If you have a winning record like Jon Jones you tend to be forgiven more often. When you are on the hot seat like Perry is it would make more sense to get your act in order and focus on getting better. The only analogy I can think of to compare what he is doing to is Dave Chapelle‘s “when keeping it real goes wrong” skit. When you want to scream thug life when you should be screaming “I’ll do better”.

After his attack on the fans Mike posted a video where he apparently had an altercation with large panes of glass. He even justified it in the video blaming others for his acting out. He is a bizarre character and I truly believe he needs help.

Here is the video.

To put the entire situation in perspective he is 3-5 since 2018. Someone probably needs to step in and get him back on track quickly or he will end up without a job in the biggest mixed martial arts company in the world.

Just a short time ago, Perry gave a heartfelt speech in which he claimed he wanted to be a better role model. Wow.