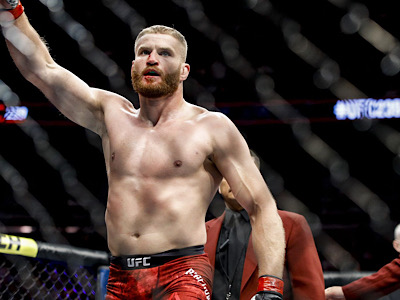 It is one of the worst periods I have ever seen in my 48 years of walking this earth. The results of the election may have managed to please to half of the country but other than that there wasn’t much to celebrate for people. Thank God for the UFC.

It was amazing to see a mixed martial arts organization lead the way for holding sporting events during this global coronavirus pandemic. Dana White should be applauded for his efforts as well as his staff, the MMA journalists, and anyone else who helped bring those broadcasts and news to us all. Without it I think fans would have gone crazy.

Part of what made this year exciting was the champion refreshment. Gone were some of the old faces and that breathed new life into the divisions they once ruled over. Perhaps the most significant change was the rise of light heavyweight Polish fighter, Jan Blachowicz. He beat the man many thought won his fight with former champion Jon Jones in Dominick Reyes. Jan was thought to have a good solid shot at beating Reyes but following mixed martial arts logic, Dominick was supposed to win this fight. It would be some sort of cosmic justice to be rewarded for him potentially being robbed against Jones. It was not to be and in September, Poland proudly had a UFC light heavyweight champion.

Russian bantamweight Petr Yan stepped up in July and knocked out former featherweight champion Jose Aldo. Yan was on a 6 fight winning streak heading into that bout and at the end of the night he had a shiny new belt around his waist.

Deiveson Figueiredo seemingly came out of nowhere but his name has come out of UFC president Dana White’s mouth quite a bit at the end of 2020, and rightfully so. Starting in July, Figuerido fought three times and that is almost unheard of for a champion especially at a time when the company has so many people on the roster available. What makes Deiveson so special is that he defended his title successfully on November 21 at UFC 255 and turned around to defend it again 21 days later at UFC 256 on December 12. His UFC 256 bout with Brandon Moreno ended in a draw. Not not the best way to end the year but Deiveson had an incredible 2020.

The women kept the belts secured tightly around their waists so there were no changes for them.

Overall, I would say 2020 was not the best year for mixed martial arts but it might be the most appreciated. With everything going on and the world in need of distractions the UFC was there. Other companies put out a solid product but not as consistent and on the same scale that the UFC did.

Check out the video that the UFC released highlighting the new champions.