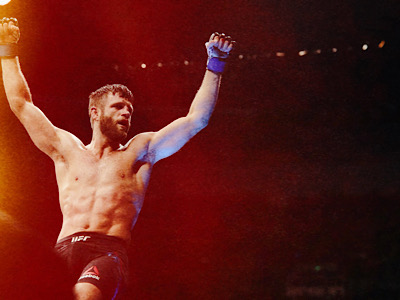 UFC featherweight Calvin Kattar is on a two fight win streak and one of those is a big knockout victory over veteran Jeremy Stephens. He is quickly becoming a formidable opponent for anyone in the division and his next roadblock is former featherweight champion Max Holloway.

Max is considered one of the greatest to ever fight at 145 pounds. After two controversial decision losses to current champion Alexander Volkanovski he is back in title contender rotation. Kattar is his first real test in the evolving featherweight division. It would be easy if you were Max to disregard someone like Calvin that you might possibly feel is untested.

Calvin appears to believe that Max is doing just that and it is not sitting well with him. Here is what he had to say (via MMAFighting)…

It’s a good opportunity to show that I’m that guy. There’s these guys out there touting Max like he’s still the champ, and I think he may even be still focused on the champ. But to overlook me would be a mistake…Any time you fight a guy like Max Holloway with the accolades he has, it is a championship-caliber fight. He might not have the belt right now, but it’s that type of fight, one hundred percent. It’s a five-round main event fight and the only thing missing is the belt.

He punctuated his thoughts with:

To overlook me would be a mistake

You can watch the entire video below.