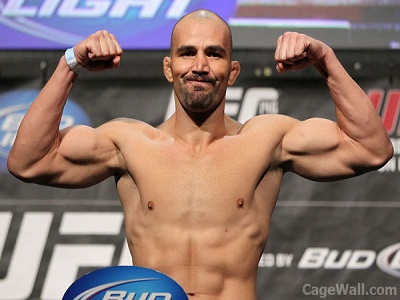 Wednesday night continues the comeback of live sports with UFC Fight night.  Namely UFC President Dana White has inspired much of the sports and gambling community.  Most of the other sports leagues and organizations have been tepid about coming back.  Counter to that is the indominable spirit of White.  From the moment that COVID-19 shut down sports White was alone in striving to keep sports open.  Thanks to his efforts we have Wednesday night betting on UFC

In sum there are a total of five main card bouts.  Four more fights are on the online sportsbook preliminary card.  Originally UFC light heavyweight challengers Anthony Smith and Glover Teixeira were supposed to fight on April 25.  But that event was cancelled due to COVID-19.  Instead they will headline Wednesday’s main card.

Anthony Smith is 31 years old and ranked third in the UFC light heavyweight rankings.  Also known as “Lionheart” Smith has a career record of 31 wins and 14 losses.  Of his wins 17 were knockouts, 12 by submission, and two by decision.  Smith has eight knockout, four submission, and two decision losses.  Although he was born in Corpus Christi, Texas Smith fights out of Denver, Colorado.

Smith is coming off a fourth-round submission win over Alexander Gustafsson on June 1, 2019.   By reason of a loss in his previous bout was it an important victory.  March 2, 2019 saw Smith lose to Jon Jones in a fifth-round unanimous decision.  At stake was the UFC light heavyweight title.  Such as that was Smith’s first ever UFC title bout was it a significant defeat.

Eighth ranked middle heavyweight Glover Teixeira is 40 years of age.  Teixeira enters Wednesday’s bout as a respected underdog at MMA betting sites.  A native of Brazil he now resides in Danbury, Connecticut.  Concurrently he runs his own MMA team there known as Teixeira MMA & Fitness.  Teixeira has a career record of 30 wins and seven losses.  Specifically, he has 17 knockout, eight submission, and five decision wins.  His losses were three by knockout and four by decision.

Last time out for Teixeira was a three round split decision win over Nikita Krylov on September 14, 2019.  It was the third consecutive win for Teixeira.  He has previously scored submission wins over Ion Cutelaba and Karl Roberson.  But Teixeira is best remembered for the lone championship bout of his career.  To illuminate he lost a five round unanimous decision to Jon Jones on April 26, 2014.  At stake was the UFC light heavyweight championship.  Since then he has been striving for a second title bout opportunity.

Andrei Arlovski vs. Phillipe Lins
Account of Andrei Arlovski being a former UFC heavyweight champion will his bout draw attention.   Arlovski is 41 years old with a record of 28-19-2.  Of great concern is his rapid decline.  To illustrate, since January 2, 2016 Arlovski has a record of 3-9-1.  Philipe Lins has a record of 14-3.  In like manner will Lins draw interest in his first ever UFC bout.  He arrives from the Professional Fighters League.  Previously he was a well-known fighter in the Bellator series.