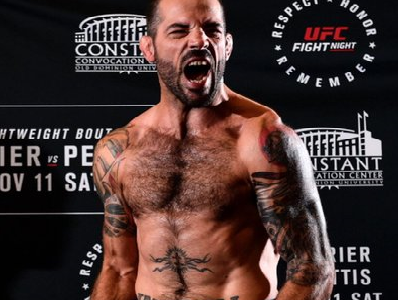 Matt Brown has been going to war in the UFC since back in 2008. It is a testament to his fortitude and warrior spirit to be in one fighting organization for a decade. Matt suffered several injuries including a torn ACL and as he told BJPenn.com it changed his destiny.

I was supposed to fight Kelvin Gastelum like three, four years ago and I had to pull out of that fight. I tore some ligaments in my ankle and for the past couple of years, I have been dealing with that. It got worse the last camp and I was pushing through it and just trying to get to the fight. I got a cortisone shot, just trying to get to the fight. I think it led to the ACL injury, it could have been a coincidence too. That is what it felt like to me. I have been dealing with it for at least three to four years.

I also had ankle surgery. My ankle was messed up first, that is probably why my ACL tore. That’s why it has been taking so long. I am probably around 90 percent now. I have to get 100 percent to get into full training.

Brown has been asked many times about potential opponents and a return date but he doesn’t seem to be giving it too much thought.

Matt has opened up a successful gym in Columbus, Ohio and even though he does have a few MMA fighters under his wing it is still a public martial arts gym. Running it takes up a lot of his time and his focus seems to be solely on making it successful.

With this gym, we have been coming along so well, we have been building it so quickly. I’m hoping with this gym I won’t have to fight. Hopefully, I can make a better decision because it is not based on want to, it is because I need to. I don’t really know anything else, so with this, I have something else. Ideally, that will be a long-term, sustainable financial thing and then I can make my own decision. Not based on emotion or not based on finances and actually make sure I have a desire to get back in there and fight.

Brown hasn’t competed since he knocked out Diego Sanchez in November of 2017.