Remember that time Brock Lesnar entered the cage and shoved Daniel Cormier after challenging him at UFC 226?

When heavyweight champion Daniel Cormier fights Derrick Lewis at UFC 230 he will be ready for it this time around. DC claims the Lesnar bout will happen even if he’s not the champ meaning we could get another confrontation in New York on November 3rd. He claims he will be ready for it and will put Brock in check if it happens – that is if you believe what he said on Sirius XM’s Busted Open. 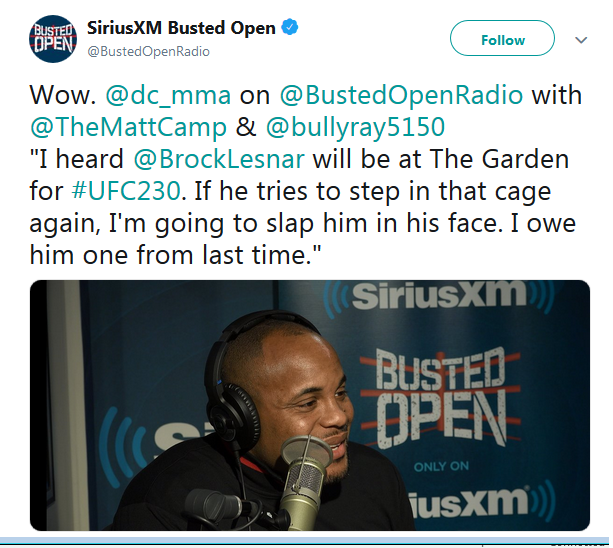 The fight has lost some of its urgency and speculation about potential failed USADA tests for Brock has diminished the hype somewhat. We guarantee you one thing and it’s that if Lesnar shows up we will see Daniel slap him as promised and all hell will break loose.