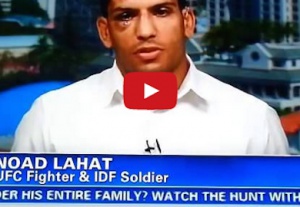 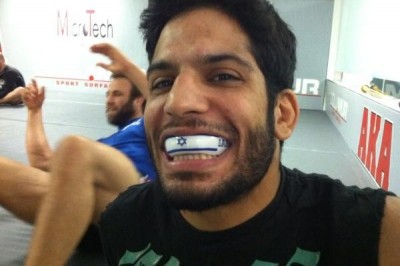 UFC fighter Noad Lahat is headed home to Israel after his recent win for what he feels are all of the right reasons. With the war in the middle east escalating beyond just petty squabbles things are heating up. Wanting to do his part is the main reason for the promising young athlete to leave the UFC and help defend his country.

Noad served three and a half years in the Israeli army and his parents are both former generals. Military service is in his blood. Both his older brother and sister have both served, and his younger brother plans to do the same when he is eligible.

“You can’t achieve peace without being ready for war. If people are attacking you and they’re not going to stop until you’re dead, then you have to go and fight. There’s no other way.”

Wise words spoken by someone wise beyond his years. It wasn’t an if for him, but more of a when. His friends are caught in the middle of the conflict there and he was ready to join the cause.

“It’s by choice. They can’t call me if I’m not there, but the second they called my friends, I got my ticket and said, ‘I’m ready to go back.’”

Lahat feels this is another game being played by the Palestinian group, Hamas. He doesn’t see an end to these games anytime soon.

“It’s just another round of this ridiculous game. Hamas are shooting at us. We try to respond, but we can’t because most of the world…don’t let us finish the job and take Hamas down. So we stop, and then they’re shooting again.”

Check out his interview with CNN.com.