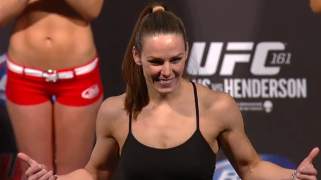 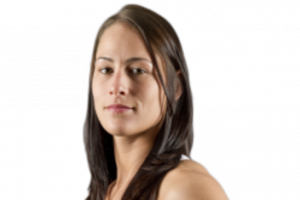 Cat Zingano may be waiting in the wings but it will be  a hard sale to say the winner of the recently announced Alexis Davis and Jessica Eye won’t be making their stake at a championship fight.

UFC officials announced the match up tonight on Twitter.

Jessica Eye made her UFC debut back in October with a win over former Strikeforce bantamweight champion Sarah Kaufman. She is riding an eight fight win streak with all of her fights prior to Kaufman in the flyweight division. Recently Eye has been focused on her father’s health after he was diagnosed with cancer.

Alexis Davis sits at 2-0 inside the Octagon. She defeated Rosi Sexton in her debut fight and followed it up with a win over Liz Carmouche in Ft. Campbell Kentucky. She has notable wins over Julie Kedzie, Amanda Nunes and Shayna Baszler and was someone current champ Ronda Rousey has expressed interest in fighting.

UFC 170 will be headlined by Rousey as she returns rather quickly to face undefeated Sara McMann. It all happens at the Mandalay Bay Events Center on February 22nd.

With this fight added the card now looks like this.