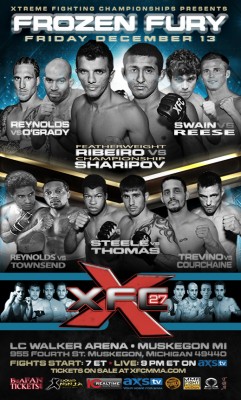 It appears all fights are a go despite the discrepancies. In the main event John Prisco will crown a new featherweight champion when Farkhad Sharipov meets Deivison Ribeiro in the main event. Eric Reynolds will look to climb another step closer to a title shot if he can get past former King of the Cage champion Dom O’Grady.