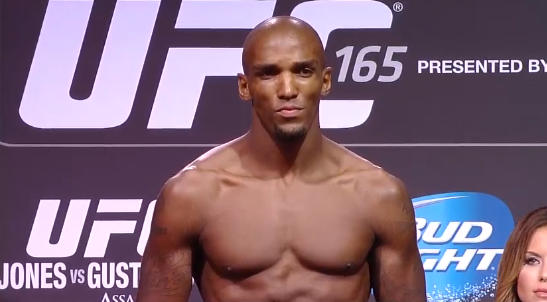 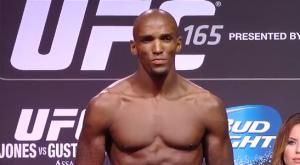 The co-main event has been set of February’s UFC Fight Night 36 in Jaragua do Sul, Brazil. Former Strikeforce champion Ronaldo “Jacare” Souza will meet rising middleweight prospect Francis Carmont in a fight that could help sort out a pecking order for the middleweight championship.

Carmont is riding an 11 fight win streak including six victories in the UFC. He defeated Costa Philippou at UFC 165 and has won close decisions over Tom Lawlor and Lorenz Larkin. He is a training partner of current UFC welterweight champion Georges St-Pierre and began his career back in 2004.

It was in September that “Jacare” was able to finish Yushin Okami in an impressive outing at UFC Fight Night 32. Souza was dominant with his striking en route to a knockout win. In his UFC debut Souza scored a submission of the night bonus when he locked in a slick triangle choke that forced Chris Camozzi to tap. Souza has won his last five fights with his last four coming by way of stoppage in the very first round.

UFC Fight Night 36 goes down on February 15th and will air live on FOX Sports 1. It is headlined by another middleweight contest between Lyoto Machida and Gegard Mousasi.