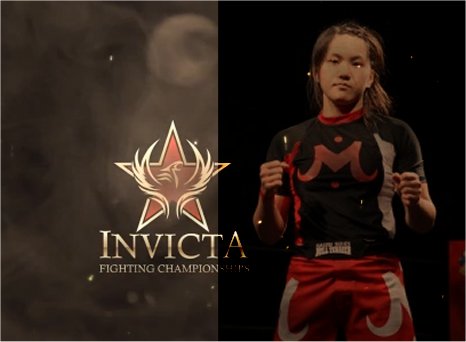 Mizuki Inoue has won most of her fights by way of submission, but her boxing was just as impressive as her ground game as she outworked fan favorite Bec Hyatt en route to a unanimous decision victory in her Invicta FC debut.

Both fighters came out landing their jab, with Hyatt scoring with several overhand rights to start. Hyatt initiated the clinch and put Inoue on the cage, but was reversed soon after. Inoue scored inside with short punches and unorthodox leg strikes before they separated and took the center of the cage. After the restart Hyatt managed to land her winging overhand right, forcing Inoue to step in and clinch. Inoue secured a late takedown, and then went for an arm after being reversed. Hyatt pulled free and then landed some measured ground and pound to finish off the opening round.

Hyatt rushed forward to start the second, but the action quickly went back to the clinch game. Hyatt pressed Inoue on the cage, but was taken down after Inoue turned and put her on the cage. Inoue then went to work from the top, landing with her ground and pound while looking to further advance position.

Hyatt finally managed to get back to her feet, but Inoue kept the pressure on landing with flurries while keeping Hyatt on the cage. Hyatt managed to break free and score but the round was dominated by Inoue.

Hyatt came out with a sense of urgency to start the third, landing with an uppercut after flashing her jab. Inoue fired back with laser-straight punches down the middle. Hyatt started to find success, throwing to the body and mixing up her strikes with uppercuts and right hands as the round wore on. Hyatt continued to score at will landing with uppercuts and crisp combinations that wobbled Inoue. Inoue fired back but Hyatt got the better of the exchanges as time ran out on an exciting bout.