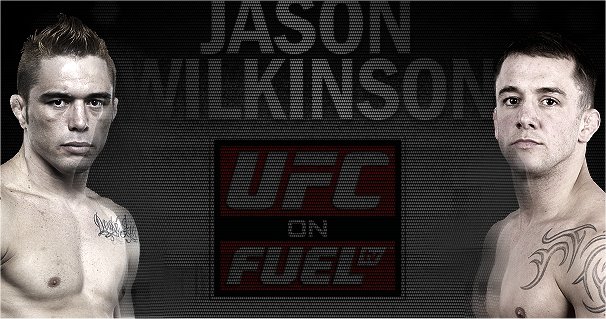 Rony Jason needed just over one minute to notch his third consecutive victory in the octagon. After giving up a takedown, Jason locked up a fight-finishing triangle choke that left Mike Wilkinson napping on the canvas.

After a tentative start, Jason chased down Wilkinson, scoring with a winging overhand right, and a follow up left hook. Wilkinson ducked under the barrage and secured a takedown, landing in the guard of Jason which proved to be his downfall.

Jason controlled the posture of Wilkinson, then worked a high guard trapping Wilkinson in the triangle choke. Jason added some elbows from his back for good measure, but within seconds, Wilkinson was unconscious, forcing the referee to intervene at the 1:24 mark of the opening round.

The victory for Rony Jason keeps him perfect in UFC competition at 3-0, extending his overall record to 14-3.