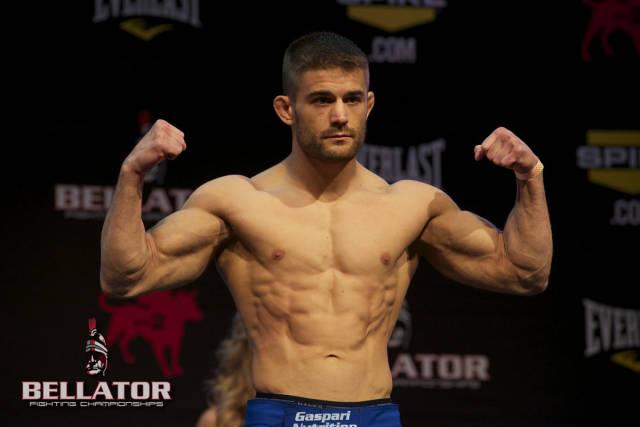 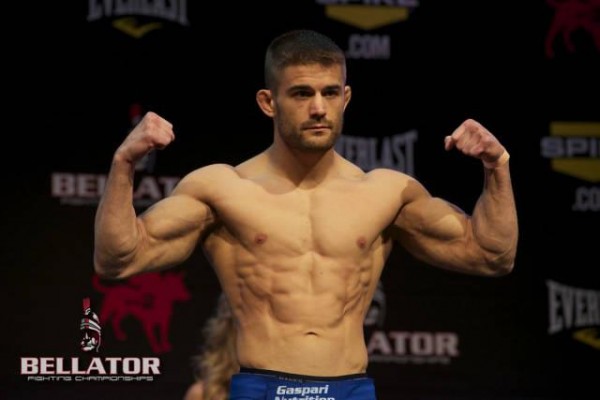 Bellator MMA returns this Thursday night on Spike TV. On the main card, the Rad Martinez and Shahbulat Shamhalaev face off for the season-seven featherweight tournament crown. The season-eight light heavyweight and welterweight tournaments continue as well.

Eating Crow
Truman Capote once said, “failure is the condiment that gives success flavor.” If that is the case, than The Guide should be extra tasty after last week. The Guide went 2-3 to drop the overall season eight record to 15-10. Dan Cramer’s striking has greatly improved since working with American Top Team. Doug Marshall still hits really had. Finally, Danish prospect Mikkel Parlo might need some more work before taking a step up in competition.

Season 7 Featherweight Tournament Final
Shahbulat Shamhalaev vs. Rad Martinez
Oddly enough this will be Shamhalaev’s first fight in the U.S. Since coming over from Eastern Europe both of his tournament fights have been north of the border in Canada. Both of those fights also ended in devastating knockouts. Cody Bollinger found himself stuck on his back eating heavy shots. Mike Richman could not handle the Russia’s hand speed. Even with those two impressive victories, it is hard seeing Shamhalaev picking up the tournament victory.

Martinez’s has worked his way to the finals with a rugged wrestling game. He has been able to get on top, keep the position and cruise to victory. The outcome of this fight should be pretty clear early. If Martinez is able to close the distance and work for takedowns, he should be on the way to tournament title. If Shamhalaev can kept his distance or get takedowns on his own, it will be smooth sailing. However, here the smart money should be on Martinez wrestling his way to a decision.

Light Heavyweight Tournament Semifinal
Muhammed Lawal vs. Emanuel Newton
When “King Mo” signed with Bellator everyone said he was the best fighter in the promotion’s light heavyweight division. They were right. Lawal showed that off in the first round with a dominant knockout of Prezmyslaw Mysiala. Here the level of competition is a great deal higher, but Lawal is still a heavyweight favorite.

Newton is a big physical guy who still needs some polish in the striking department. He struggles when guys are able to keep their distance and strike. It was true back in 2009 when he lost to Trevor Prangley and still true against Attila Vegh last year. Lawal will not get stuck against the cage here. Look for “King Mo” to stay on the outside and land the better strikes en route to another dominant victory.

Welterweight Tournament Semifinal
Bryan Baker vs. Douglas Lima
Last season Baker dropped down to welterweight and reached the finals before tapping out against Karl Amoussou. This year, he was invited back into the semifinals after Brent Weedman was unable to continue due to injury.

Baker is big, strong and lumbering at welterweight. Lima should not have any trouble sticking to the outside and scoring with a diverse attack of kicks. Baker has power shots, but he will be a step slow here. On top of that, his defensive liabilities in the submission game were on full display in his last fight. Look for Lima to do his damage here on the feet and take a decision victory. Of course, a submission win is also not out of the question.

Welterweight Tournament Semifinal
Raul Amaya vs. Ben Saunders
This fight already happened. Saunders used his superior to grappling game to score a one-sided decision over Amaya less than a year ago. Amaya should plenty of gameness by avoiding several near submissions. However, Saunders is the better fighter and it will show yet again.

Light Heavyweight Tournament Semifinal
Jacob Noe vs. Mikhail Zayats
Two unlikely semifinalists meet here. Noe pulled off the upset over Seth Petruzelli when the TUF veteran suffered some sort of injury. Zayats used an ugly spinning back fist to defeat former Strikeforce champion Renato “Babalu” Sobral. In this fight, Zayats should have the advantage. The Russian normally only struggles when facing better grapplers. Noe is mostly a grappler with some amateur boxing experience. Petruzelli was pretty clearly winning the stand up when he was not diving in for ill advised shots. Look for Zayats to win a striking battle that could turn into an exciting affair.