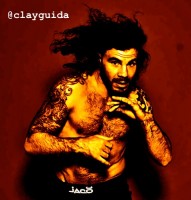 Clay Guida was a guest Wednesday evening on MMA Tonight with hosts Darren McFarland, Chris Pappas and Ed Clay. Guida discussed his drop to featherweight and his upcoming fight against Hatsu Hioki scheduled for UFC on FOX 6 on January 26.

Guida addressed his performance and split decision loss to Gray Maynard back in June and still feels the judges got it wrong. Guida also gave his thoughts on Hioki and his road thus far inside the Octagon.

In addition to talking with Guida (interview starts at about the 5:30 mark), the guys took phone calls from listeners and talked about the latest mixed martial arts news.

MMA Tonight broadcasts live every Wednesday night from 8-9 p.m. CT on 102.5 FM The Game in the Nashville and Middle Tennessee area. Listeners can also tune in online at www.1025thegame.com.