TUF 16 Finale: Khabilov vs. Pichel, Duran vs. Viana and Bedford vs. Vinicius added to card 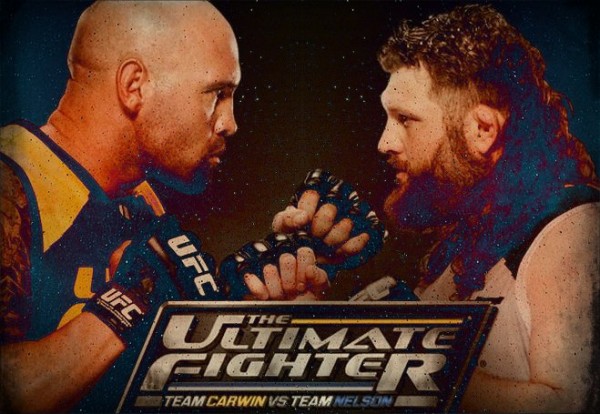 The UFC announced the three new fights today via UFC.com.

The Ultimate Fighter 16 Finale will take place on Dec. 15 at the Hard Rock Hotel and Casino in Las Vegas. The event will feature a headline bout between the “TUF 16” head coaches Shane Carwin and Roy “Big Country” Nelson. The main card will air on FX with the prelims expected to air on FUEL TV.

Rustam Khabilov is currently riding a three fight winning streak, most recently defeating Jason Dent via unanimous decision at “Pure MMA: Next Episode” in May. Prior to that he scored a unanimous decision victory over Rodrigo Ribeiro at “ONE FC: Battle of Heroes” in February, and picked up a first round TKO win over Nazir Kadyzhev at a ProFC event in September 2011. He will no doubt look to extend his winning streak to four with a big win over Pichel.

Undefeated Vinc Pichel last fought at a “Fight Club OC” event in August, where he scored a second round TKO victory over David Gardner. Prior to that he defeated Matt Bahntge via second round knockout at “ASP – All Stars” in March 2011. Pichel has won all of his Pro MMA fights via either KO or TKO, and has built up a nice winning streak fighting on the regional circuit in California.

Reuben Duran was last in action at The Ultimate Fighter 13 Finale in June 2011, where he picked up a third round submission victory over Francisco Rivera. That win was a nice way to bounce back from his split decision loss against Takeya Mizugaki at “UFC Live: Sanchez vs. Kampmann” in March 2011. Prior to that he had been on a four fight winning streak, defeating notable fighters such as Ryan Diaz, Maurice Eazel and Kana Hyatt during 2010.

Unbeaten fighter Hugo Viana is riding a six fight winning streak, most recently defeating John Teixeira via split decision at UFC 147 in June. Prior to that he had been busy racking up decision victories on the regional circuit in Brazil, defeating notable fighters such as Dingo Sampaio, Rafael Sobral and Thiago Luis Nascimento. Viana will no doubt look to add another notch to the win column against Duran.

Johnny Bedford is currently riding a two fight winning streak, most recently defeating Louis Gaudinot via third round TKO at The Ultimate Fighter 14 Finale in December 2011. Prior to that he scored a first round submission victory over Frank Gomez at “Jackson’s MMA Series 3” in December 2010. Bedford will no doubt look to put in a big performance against Vinicius.

Marcos Vinicius last fought at UFC 147 in June, where he defeated Wagner Campos via third round TKO earning “Knockout of the Night” honors. Prior to that he scored a second round TKO victory over Francisco da Silva at WFE 10 in September 2011, and picked up a third round TKO win over Rafael Mello at BFL 11 in August 2011. Vinicius now has an opportunity to go 2-0 in the UFC with a big win over Bedford.

3 thoughts on “TUF 16 Finale: Khabilov vs. Pichel, Duran vs. Viana and Bedford vs. Vinicius added to card”