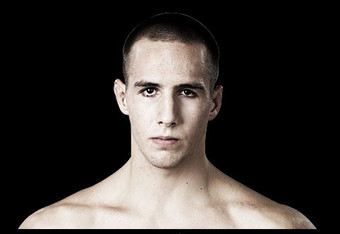 In June it was announced that fast-rising welterweight star Rory MacDonald had issued a challenge to Penn and Penn accepted. The fact that MacDonald (13-1) is a teammate and training partner of Penn’s rival, Georges St-Pierre, seems to have played into Penn’s decision to want the fight.

MacDonald was a guest this past week on Pro MMA Now Radio and we asked him what prompted him calling Penn out. But it seems the fight was initially Penn’s idea according to MacDonald.

“He had asked Dana White if he wanted to fight me or something,” MacDonald said. “So Dana told me and I was real excited. I told my coach and my manager and they were equally excited and happy. I didn’t talk to B.J. about it but I decided to make it public to see where it would go and he accepted so we put it together.”

The fact that MacDonald’s friend and teammate St-Pierre, the current UFC welterweight champ, holds two wins over Penn is definitely a plus.

MacDonald explained, “My camp at Tri-Star they’ve done a lot of research [on Penn] and stuff and Georges fought him [Penn] a couple of times and those were big fights for Georges, so they’re pretty used to making game plans and getting ready for B.J. So, I’ve been getting a lot of help from my coaches and Georges obviously.”

Whenever an MMA Academy houses a UFC champion and a rising prospect in the same weight division, the question inevitably arises if the two will ever fight. Will the rising prospect, if he becomes a contender, be willing to fight his teammate, and vice versa?

UFC President Dana White is known for not being a fan of teammates who say they won’t fight one another. White told MMA Weekly in April that if MacDonald saw St-Pierre’s bank account, he’d take that fight.

MacDonald disagrees. “He was just trying to hype it up. Dana doesn’t know me that well personally, so for me, my honor and my friendship is worth a lot,” MacDonald explained. “I know Georges has got a lot of money and he’s worked hard for it and he’s earned it. I’m not stupid. I don’t think he’s broke.”

He continued, “Of course, the point he was making is that’s where I want to be; I want to be wealthy, I want to be at the top of the sport. His point was that for me to get that I had to pass through Georges. And at some point I will, I’m just waiting for my time and for my moment. Until then I’m just going to keep getting experience and beating guys like B.J. and some of the top contenders and we’ll see where I’m at in a couple years or a year. You never know what’s going to happen. I try to not look too far ahead, but at the moment me and Georges are friends and training partners. We don’t plan on fighting each other.”

That is fine for now. But with consecutive wins over Nate Diaz, Mike Pyle and Che Mills, if MacDonald defeats Penn decisively in September, especially if it is in impressive fashion, he could be very close to a title shot.

“For sure, but Georges has got a fight coming up against Carlos [Condit],” MacDonald reminds us. “That’s a title fight, you know what I mean. People are automatically counting him out of that, you know? I’ve got a big fight with B.J. so we’ll see what happens there. You guys are trying to look forward and see what’s going to happen but I really just like to wait and see what happens. I’m just basically looking at fighting B.J. because if I start getting crazy like, ‘If I beat B.J. I’ll get this or I’ll get that,’ you know. So I’m really just not worried about it and we’ll just see what the future has in store and I’m just going to do my best to have a good fight against B.J. and have a good showing.”

Betting odds already have the 23-year-old MacDonald as the favorite over the 33-year-old veteran. Asked what Penn brings to the table he has to be most concerned with, MacDonald said, “I try not to worry about what other guys bring. I just try to bring the best version of myself to every fight and focus on myself. Obviously experience is in his favor and stuff like that. Skill-wise and all that stuff, I feel very comfortable everywhere with B.J., so not too worried about that.”

Fans can follow Rory on Twitter at @Rory_MacDonald and vote for him as the new face of Edge Shave Gel at http://www.edgeshave.com/ufc. Pro MMA Now Radio airs LIVE every Thursday night at 10 p.m. ET / 7 p.m. PT on https://prommanow.com and on http://blogtalkradio.com/prommanowradio.

2 thoughts on “Rory MacDonald talks upcoming bout with B.J. Penn and why GSP’s bank account is irrelevant to a future match-up”