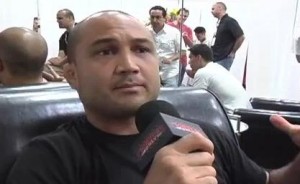 “Rory, I accept your challenge!”

Penn retired after his last bout at UFC 137 in October 2011, a unanimous decision battering at hands of Nick Diaz.

MacDonald appeared on Ariel Helwani’s The MMA Hour and declared his respect for Penn and that he wanted to fight him before he left the sport for good:

“That’s a guy I really want to fight. I respect him a lot. He’s a legend and I think it’d be a really good matchup for me to have that fight in Toronto.”

It would be an interesting fight for sure. What’s even more interesting is that a fighter like MacDonald has supposedly sparked the urge for Penn to come out of retirement, and that this fight would be as a welterweight and not as a lightweight which most people feel is Penn’s natural weight class. Penn is (1-1-1) since returning to the welterweight division after losing the UFC Lightweight Championship to Frankie Edgar. MacDonald has won three straight since suffering his only loss to the now current UFC Interim Welterweight Champion Carlos Condit at UFC 115 in 2010.

UFC 152 would be the most likely event in which this fight would take place on September 22nd, but no venue or date has been officially announced at the present time. Stay tuned to ProMMAnow (www.prommanow.com) for further updates on this story.