Dr. Rhadi Ferguson asks: Will the UFC ever create a ranking system? 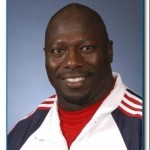 I appreciate the fact that boxing, judo, wrestling, tennis, basketball, football, and hell, EVERY other sport on the planet has a ranking system.

At the end of a season or going into a tournament, it’s pretty clear who is going to fight who.

In boxing the WBC, WBA, WBO, IBF and NABF all have ranking systems.  When it comes to the title, you pretty much know who is next.  And it creates an element of “fairness.”

I can tell you right now that I love the sport of MMA, it is one of the best sports in the world, but as a UFC fan, who comes from a multi-sport background (football, wrestling, judo, BJJ, track & field) and as a journalist, I would REALLY appreciate knowing who is going to fight who next.

Could you imagine going to the Olympics and winning a bout and then not knowing if your win was going to advance you in the tournament or not? Case in point, look at poor Chris Weidman. He beat Mark Munoz last week and now his life hangs in the balance.  Is he fighting Anderson Silva next or not? It should be a really simple formula. You have nine wins and no losses, you’re next to fight Silva.

I’m sure where you can see how things get a little bit confusing without a ranking system.

For example, the Strikeforce Heavyweight tournament was beautiful because we could anticipate the matchups. The Bellator format is cool because we know who is fighting who and it seems fair. In the UFC, we are literally waiting and not really knowing if someone has “earned” a title shot or not.

I know that as a journalist, I am forced to write about things like “Jones vs. Silva” or “Silva vs. Evans” or my predictions for interim championship bouts when someone is hurt because without a ranking sheet from the UFC that reads, 1. Jones, 2. Evans, 3. Henderson, etc, I’m kind of in the dark about “who’s next.”

Because no matter if we don’t want to see it again or not. If Bisping beats Stann or vice versa, and some other fights occur and Sonnen, over the next year or eight months beats the winner of these upcoming bouts, he’s back in line for another title shot… supposedly.

What do you do with the 205lb division?

What impact does Texiera vs. Rampage have on the division?

If the sport is going to be fan driven, let’s create a 1-800 number and let’s vote on it like the world does on American Idol. That way, we will all get the match-ups we want.  If not, an increase element of fairness wouldn’t hurt.

Because right now, I’m not sure what the criteria is for a title shot.

Can someone….anyone……please let me know. Your comments are most certainly welcome.

5 thoughts on “Dr. Rhadi Ferguson asks: Will the UFC ever create a ranking system?”