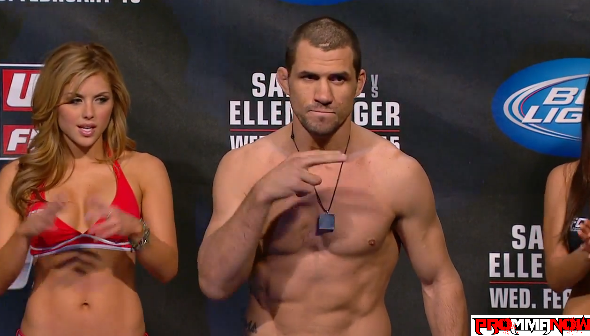 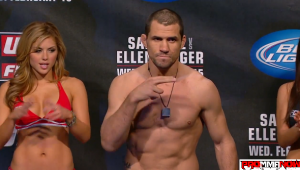 We reported a few days ago that former UFC welterweight contender Jon Fitch had to withdraw from his UFC on FUEL TV 4 bout with Aaron Simpson due to injury. The UFC has announced a replacement for Fitch by the name of Kenny Robertson who will now face Aaron Simpson on the card.

Kenny Robertson (11-1) is coming off a KO win over UFC veteran Lucio Linhares in October in his last outing. Prior to that Robertson had made his UFC debut losing via TKO against the always tough Mike Pierce. Robertson has three TKO/KO victories to his credit as well as seven submission victories while only going to a judges decision once in his career.

Aaron Simpson (11-3) is coming off a hard fought decision loss against Ronny Markes which prompted Simpson to move down to the welterweight division after fighting exclusively as a middleweight under the Zuffa banner. Simpson was an All-American wrestler in college and has five wins via stoppage in his MMA career.

The UFC on FUEL TV 4 event is set to take place on July 11th at the HP Pavilion in San Jose, California. The event will be headlined by a middleweight bout between highly ranked fighters Mark Munoz and Chris Weidman.

Stay tuned to ProMMAnow (www.prommanow.com) for further updates on the card as they become available.