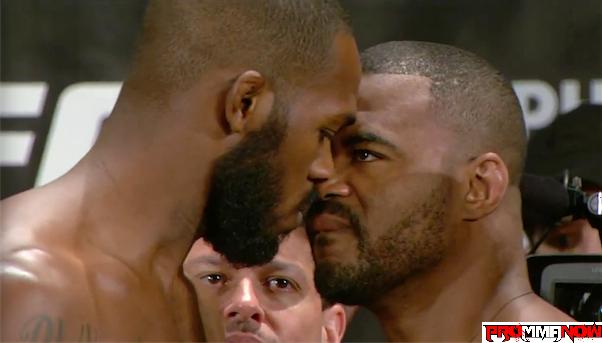 ATLANTA – The “UFC 145: Jones vs. Evans” fighter weigh-ins took place today at Fox Theatre in Atlanta, Ga. Only lightweight fighter John Makdessi failed to make weight, coming in at 158, two pounds over his contracted lightweight non-title fight limit of 156 pounds. As a result Makdessi must forfeit 20 percent of his purse to his opponent Anthony Njokuani.

But he also got a lot of cheers as he stepped on the scales, weighing in at exactly 205 pounds. Both fighters were amped up and their staredown was intense. Evans beat on his chest and snarled at the champion while Jones was a bit more subdued but still obviously excited to put an end to this feud once and for all.

Stay tuned for our exclusive photo gallery from the UFC 145 weigh-ins.

The complete UFC 145 weigh-in results are as follows: