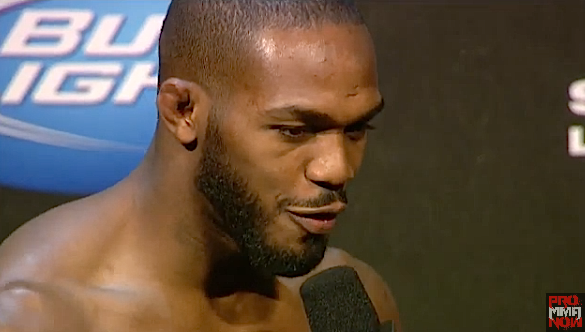 UFC RETURNS TO ATLANTA WITH CHAMPIONSHIP CARD ON SATURDAY, APRIL 21

The event marks UFC’s first time back in the city since UFC 88 on Sept. 6, 2008, when nearly 15,000 fans packed Philips Arena to watch Rashad Evans knock out UFC legend Chuck Liddell.

“Fans in Atlanta have been tweeting me and telling me over and over again to bring the UFC back to their city,” UFC President Dana White said. “Well guess what Atlanta? The UFC is coming back to Atlanta with the sport’s fastest-rising star, Jon Jones, defending his light heavyweight title!”

“We are thrilled to welcome the Ultimate Fighting Championship organization back to Philips Arena for UFC 145,” stated Trey Feazell, Senior Vice President and General Manager of Philips Arena. “The 2008 UFC 88 event featuring Chuck Liddell and Rashad Evans was an incredible night and remains a highpoint in Philips Arena’s 13 year history.”

Tickets for UFC®145, presented by MetroPCS, go on sale Friday, Feb. 17 at 10 a.m. ET. Tickets are available through Ticketmaster.com, charge by phone (800) 745-3000, at all Ticketmaster Outlets, and the Philips Arena Box Office. Ticket prices will be announced in the days to come.

UFC® Fight Club™ members will have the opportunity to purchase tickets to this event on Wednesday, Feb. 15 at 10 a.m. ET via the website www.ufcfightclub.com. A special Internet ticket pre-sale will be available to UFC newsletter subscribers on Thursday, Feb. 16, starting at 10 a.m. ET. To access this presale, users must register for the UFC newsletter throughUFC.com.

Official UFC VIP packages are also available at http://vip.ufc.com. These packages include tickets to UFC 145, official event merchandise, as well as special VIP experiences with backstage tours and meet and greets with top UFC stars. Get closer to the action than ever before with this unique UFC VIP opportunity.

For more information or current fight news, visit www.ufc.com. All bouts live and subject to change.

UFC® also boasts a powerful presence online, with UFC.com attracting over seven million unique visitors per month, while also possessing one of the most powerful social media followings in all of professional sports. To date, UFC has over six million fans on Facebook and over 475,000 followers on Twitter.  In addition, UFC President Dana White is one of the most accessible and most followed executives in sports with nearly 1.9 million followers on Twitter.  On January 22, 2011, UFC continued to set trends in social media, becoming the first major sports league to stream live, broadcast quality action on Facebook.

Named for founding partner Philips, Philips Arena is consistently ranked among the top 10 concert and event venues in the world. In April 2009, Philips Arena became the first NBA arena to achieve LEED certification for an existing building as specified by the United States Green Building Council (USGBC).  Philips Arena is online at www.PhilipsArena.com.