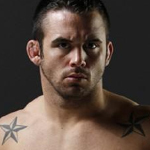 Riding high off of his 69 second beatdown of Nate Jolly at XFC 14, Jamie Varner is looking for his second straight win in the XFC cage when he takes on Drew Fickett at the Knoxville Civic Coliseum at XFC 16: ‘High Stakes’. The two legendary lightweights will clash live on HDnet on Feb. 10th.

From 2007 to 2010 Varner ruled the WEC’s lightweight division with impressive wins over Rob McCullough, Marcus Hicks, and Donald Cerrone. Now just a few years later ‘C-4′ is determined to show MMA fans that he is still one of the best in the world at 155. But standing in Varner’s way is Drew Fickett. Like Varner, Fickett has been at the top and competed against some of the best lightweights in the world. With wins over Kenny Florian, Josh Koscheck, and Carlo Prater ‘The Master’ has built his reputation by beating the best. But according to Varner he won’t be added to that list next month in Knoxville.

“Drew is a tough and accomplished fighter,” explained Varner. “He has been around for awhile and is strong in all aspects of MMA. He has seen just about everything. This should be an exciting fight, but I am looking for another KO in the XFC cage! I have actually known him for awhile, since I was very young in the sport. We have both been around for awhile now, but I think my prime is still ahead of me. I plan to prove this by taking him out. ”

Recently Fickett posted a video blog of his training camp for the fight with Varner on Youtube. In the videos his camp consists of sleeping in and smoking cigarettes. Varner still hasn’t seen the videos but wasn’t impressed with Fickett’s attempt at humor. “I have heard about his video blogs but I really don’t care about them. He can do whatever he wants, all I can control is what I am doing. Everyday I look to grow as a person and fighter. Drew can smoke and sleep all day. “I’ll be ready when I get to Knoxville.

After a tough loss last year on short notice Varner considered retirement but after his win at XFC 14 he quickly changed his mind. “The XFC treated me great at my last fight,” said Varner. “I am excited to step back into their cage. Mark Cuban and HDNet are a great source for live MMA events, so it is nice to have my fight featured as a main event on their network. I plan to put on another exciting performance for the fans.”

XFC President John Prisco is thrilled to have Varner back and fighting Fickett in the main event at ‘High Stakes’. According to Prisco, “Jamie showed everyone in Orlando that he still has what it takes to be one of the best lightweights in the world. I’m excited to have him back and he’s going to get a step up in competition with Fickett. Drew has beaten some of the best fighters in the world and I think Jamie will be tested in this one. However it turns out I know it’s going to be an exciting fight and the fans in Knoxville and those watching on HDNet will enjoy the show”.

XFC 16 : High Stakes is sponsored by Sheets Energy Strips & Overthrow Gear and will air live on HDnet from the Knoxville Civic Coliseum in Knoxville, TN on February 10th, 2012. Tickets are on sale now through OfficialXFC.com. To learn more about the XFC, please visit www.officialxfc.com, “Like” them on Facebook, and “Follow” the promotion on Twitter (@officialxfc).