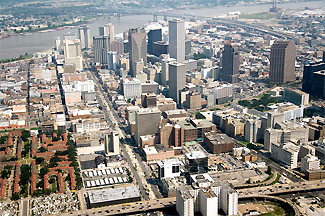 Bud Light has renewed their official beer sponsorship of the Ultimate Fighting Championship. The sponsorship will increase the number of featured Pay-Per-Views Bud Light is a presenting sponsor from two to four annually, and they will continue as a featured sponsor of all additional Pay-Per-View and television broadcasts.

Bud Light and the UFC announced the news via press release on Wednesday.

Also, Bud Light and the UFC will collaborate to host one special promotional event per year,  beginning in fall 2011, with a “Battle on the Bayou” fight night in New Orleans which will air LIVE on Spike TV, Sept. 17.

“Bud Light’s sponsorship deal with us a few years ago was a milestone for our organization and the sport. We couldn’t be more excited about working with Bud Light and continuing our strong relationship.”

UFC fans can expect to see a “UFC: Battle on the Bayou” national sweepstakes sponsored by Bud Light where they can win a three-day, two-night fan experience to New Orleans. Also, fans keep on the lookout for Bud Light limited edition UFC aluminum bottles bearing the UFC logo.

Stay close to ProMMAnow.com for “Battle on the Bayou” fight card information and news updates.